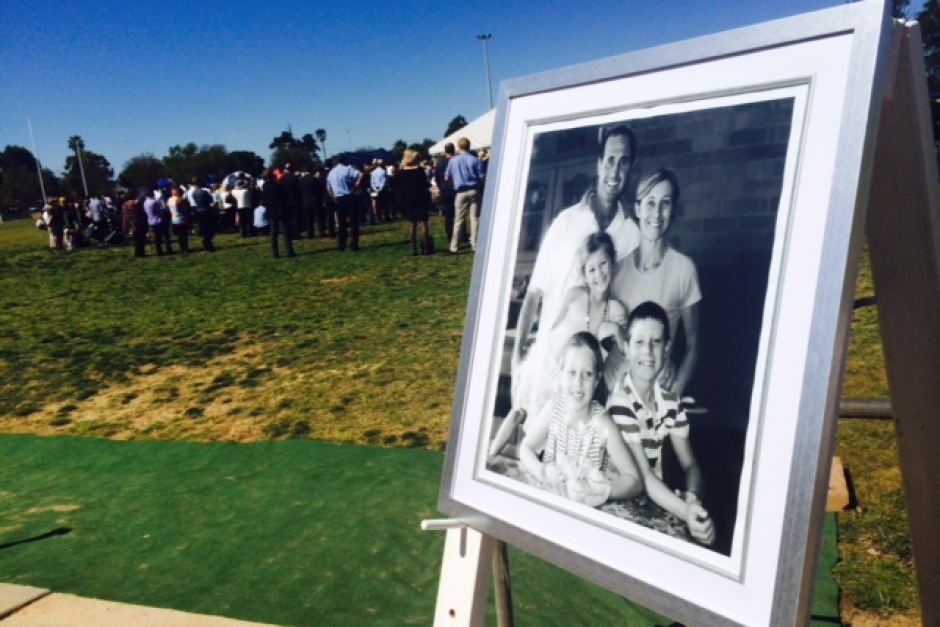 An “egocentric delusion” drove a southern New South Wales man to shoot his wife dead and then his children in their beds before turning the gun on himself, a coroner has found.

The body of 44-year-old Geoff Hunt — Kim’s husband, and the children’s father — was found a day later in a nearby dam. A gun was found beside his body.

All were killed with single gunshot wounds.

Coroner Michael Barnes said he accepted the evidence of a forensic psychologist who told the inquest Mr Hunt’s main intention was suicide, but he believed his wife and children were dependent on him and so in killing them he was “sparing them future pain”.

“His distorted logic lead him to conclude that the children and his wife would not cope without him,” Mr Barnes said.

“It was the result of an egocentric delusion that his wife and children would be better of dying than living without him.”

He said that a 2012 car accident that left Ms Hunt with permanent brain injuries had a major impact on the family, but “what Geoffrey Hunt did was inexcusable”.

“The absolute worst of crimes,” he said.

The coroner said the car accident left Ms Hunt with physical, neurological and cognitive impairments that added to pre-existing stressors on the marriage.

“With the benefit of hindsight, it seems clear that Geoff and Kim could not live happily in [the] future,” he said.

“Before the crash, there were deep seated tensions and differing aspirations that led them both at different times to question the viability of the marriage.

“After the crash, Kim was irrevocably changed in a way that made her on regular occasions intolerant, indiscreet and abusive.

“It must be stressed that this was beyond her control, she was as much as victim of it as he was.”

The court heard that Mr Hunt became depressed and had expressed suicidal thoughts in earlier years.

He had said his biggest fear was being on his own.

Mr Barnes made no formal recommendations when he handed down his findings at the inquest into their deaths.

He said Mr Hunt first shot his wife dead on the pathway outside their home, before shooting each of his children in their beds with the intention of killing them.

Mr Hunt then drove to the dam on their property and walked into the water before turning the gun on himself.

The coroner found the murder-suicide was not planned.

“We know Geoff had made plans for the following day and had made the children’s school lunches, clearly the deaths were not pre-mediated,” Mr Barnes said.

Mr Barnes found there was no evidence to suggest Ms Hunt could access or operate the gun due to injuries she sustained in the 2012 car accident.

“I reject any suggestion that Kim Hunt killed the children, prompting Geoff to kill her, then himself,” he told the court.

The coroner said a handwritten note found in the home that read “I’m sorry, it’s all my fault, totally mine”, was written by Mr Hunt.

Mr Barnes said the death of a whole branch of a family in such a violent way would inflict “deep and lasting trauma” on the community.