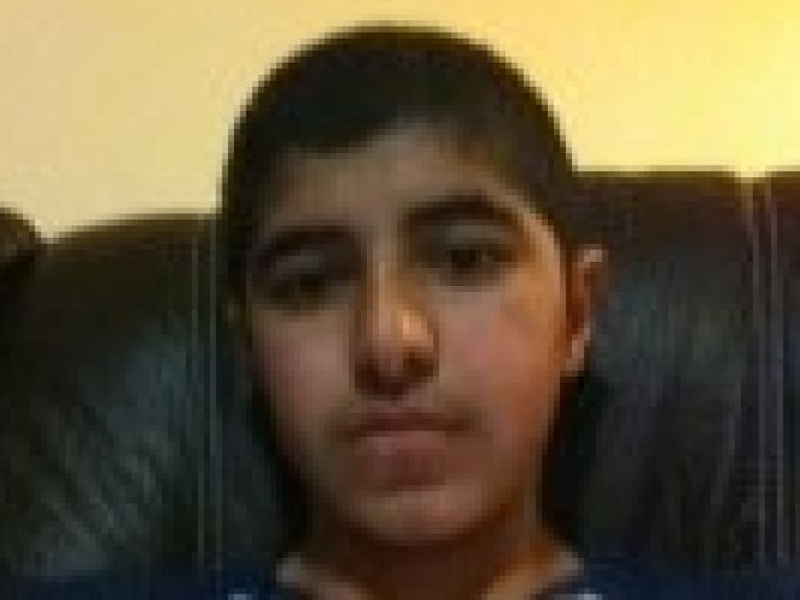 The Parramatta Mosque has been searched, a senior police source has told the ABC, as investigations into Friday’s fatal shooting of a civilian police force employee continue.

A senior police source told the ABC Farhad attended a mosque shortly before the shooting.

The mosque believed to have been searched overnight is a few blocks away from the site of the shooting that killed Mr Cheng, 58, as he left work at 4:30pm on Friday.

A senior figure at the Parramatta mosque has confirmed that police searched the mosque to look for a black backpack which they believe Farhad used to carry the gun he used to kill Mr Cheng.

Police said the warrant was undertaken by arrangement with leadership at the mosque, who gave their full assistance to police.

Earlier, a police source said the teenager had been armed with a revolver and did not know Mr Cheng.

After shooting Mr Cheng, Farhad fired at officers who emerged from the building to respond to the incident, but was killed when special constables returned fire.

“The people there (at the mosque) went looking for him after prayer,” one source said.

“There is a fair bit of information that he acted alone.”

They said after prayer he changed into a black robe.

Neil El-Kadomi from the Parramatta Mosque said Farhad visited the building in the past on occasion but he did not know him by name.

It is also understood Farhad’s sister Shadi went missing on Thursday and flew out of Australia on a Singapore Airlines flight bound for Istanbul, and may be attempting to reach Iraq or Syria.

Her family told police she had taken all her belongings.

ABC’s police source said the youth had been “carrying on” outside police headquarters for a few minutes before the shooting.

“He drew attention to himself to the extent some people caught it on their iPhones,” they said.

The gunman walked past a plain clothes female detective.

“She was wearing a business suit and she wasn’t carrying a gun,” a source said.

“This poor bloke [the victim] was apparently the first one to walk out of the building – he had a connection to the police force – that was it.”

“Because he was very quiet nobody noticed him,” Mr El-Kadomi said.

“He’s not known in the mosque. He came to the mosque to heal himself before he did the crime, which is wrong.”

Mr El-Kadomi said the mosque had nothing to do with the shooting and did not condone it.

“The boy, he did it alone. He died and his motive died with him,” he said.

“You have to be an active person in society, you have to join others in building Australia.

“So, we don’t agree with what happened in Parramatta.

“We’ve got nothing to do with it and I hate the linking of the mosque with the crime.”

Ms Bishop said the issue of radicalisation must be addressed.

“So we’re certainly reaching out to the leaders of the Muslim community … but working with the families at a grassroots local level … it’s the families that will be a frontline of defence against radicalised young people … so we will be working very closely with them,” she said.

The ABC’s Fran Kelly told the Insiders program that a phone hook-up between “the Premier, the Police Commissioner and the Prime Minister with seven or eight members of the Muslim community” took place last night.

She said Mr Turnbull used the phone call to convey the message that “we have a remarkably cohesive society, respect is key to that and [urged] everyone to work together to expose preachers of hate”.

The ABC understands the community leaders were impressed by the move and communicated their willingness to work with governments. One leader said the conversation reset the relationship.

Muslim community leaders said they were shocked by the tragic shooting of Mr Cheng.

They called for more to be done to stop extremist leaders from recruiting vulnerable youths.

“And we tell them this is not correct we need to act way before that,” he said.

Mr El-Hage said the Government needed to focus on the extremist leaders rather than the young people they target.

Youth worker Sheikh Wesam Charkawi, who works with high school boys to counter radical ideas, said the acts of one person should not reflect upon the broader Muslim community.

He also said some of the youth he worked with feel marginalised.

“Some of them in their families feel that there’s a disconnect, some of them come from broken families and so there is an array of issues that can lead to criminality,” Mr Charkawi said.

He said despite youth being impressionable and often naive, nothing could justify what the shooter did.

As part of their investigation, police are now trying to trace the ownership and history of the revolver used by Farhad in the attack.

The ABC has been told the youth had never come to the attention of police.

“We don’t know anything about him,” the source said.

But it is understood a relative was known to law enforcement or intelligence agencies.

“[The relative] was a bit of a problem, he did come to the attention of police and counter-terrorism [authorities],” a source said.

One source confirmed the teenager was a Sunni Muslim who was born in Iran.

He said he was of Iraqi-Kurdish background and may have been a refugee.

“It is interesting he is a Kurd, the Kurds are among those bearing the brunt of ISIS, it doesn’t make any sense,” the source said.