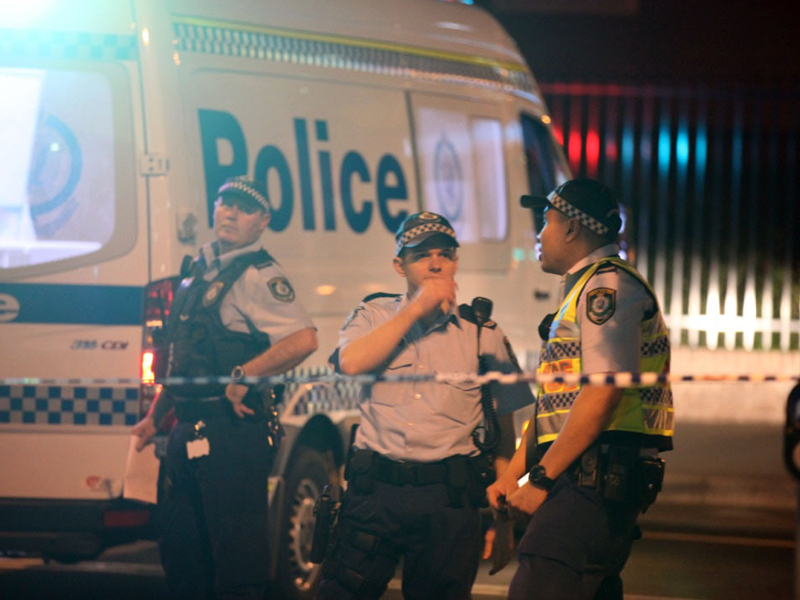 The lone shooter killed the employee as he was leaving police headquarters at Parramatta in Sydney’s west around 4:30pm yesterday.

Police Commissioner Andrew Scipione said the teenager, who is yet to be identified, shot the police employee at close range as he was leaving the building around 4:30pm yesterday.

The offender, dressed in a black, flowing shirt and black trousers, then fired several more shots at officers as they emerged from the building to respond to the incident.

The gunman was killed when the officers, who are special constables, returned fire.

In an emotional media conference, Commissioner Scipione praised the senior constables for the way they handled the situation.

“Those special constables certainly put their lives on the line this afternoon,” Commissioner Scipione said.

“They acted in a way that was incredibly courageous. And I’m just so pleased that they’re all well … they were incredibly professional.”

Commissioner Scipione described the incident as a callous attack.

“I’ve viewed a number of pieces of footage. I can tell you this was a brutal crime,” he said.

“An employee of the New South Wales police force has been callously murdered here today. He was simply leaving work.

“We acknowledge that this is a terrible episode and it will have an impact on our officers.”

Commissioner Scipione stressed that there was no ongoing threat to the surrounding community.

The ABC understands the incident was not terror related.

“The identity of the gunman is not yet known, and until we can identify him, we’re not in any position to take this any further in terms of motive or any other particular, around this particular attack,” Commissioner Scipione said.

“At this stage, as I’ve said, we’re not going to speculate, we’re going to keep a very open mind.”

Shortly after the incident, a crime scene was established, with surrounding streets blocked off and a police helicopter seen hovering above.

A man who lives opposite the police headquarters recalled hearing gunshots.

“I was doing some work at my home and there’s a gun shot and I thought it was a tyre puncture,” the man told ABC.

“Then all of a sudden two more, two more shots came.

“I said to my wife ‘somebody is shooting somebody’ and then she opened the door and she saw somebody … the security guys from the headquarters … he was standing and shooting the other guy, and before that the other guy tried to shoot.”

“As I was sitting in my apartment I heard three or four bangs,” he said.

“At that time I couldn’t comprehend what was happening. I thought it must have been the construction site nearby. And then within half a minute of that there were three or four more bangs.

News Ltd have reported police had warning of the attack through intelligence sources.

Children were stuck inside a daycare centre adjacent to the scene. Concerned parents gathered near the centre desperate to retrieve their kids, according to reports.

Real estate agent Edwin Almeida says he heard shots and saw a man in a black gown pacing and waving a gun outside the police centre in Parramatta on Friday afternoon.

“We looked out the window, saw security guards and what appeared to be a plain clothes police officer with gun drawn and pointing at the person that was now lying on the floor surrounded by a pool of blood.”

Police have cordoned off Wingram st in Parramatta after a shooting this afternoon @abcnews @abcnewssydney https://t.co/CifJ8Zn1st