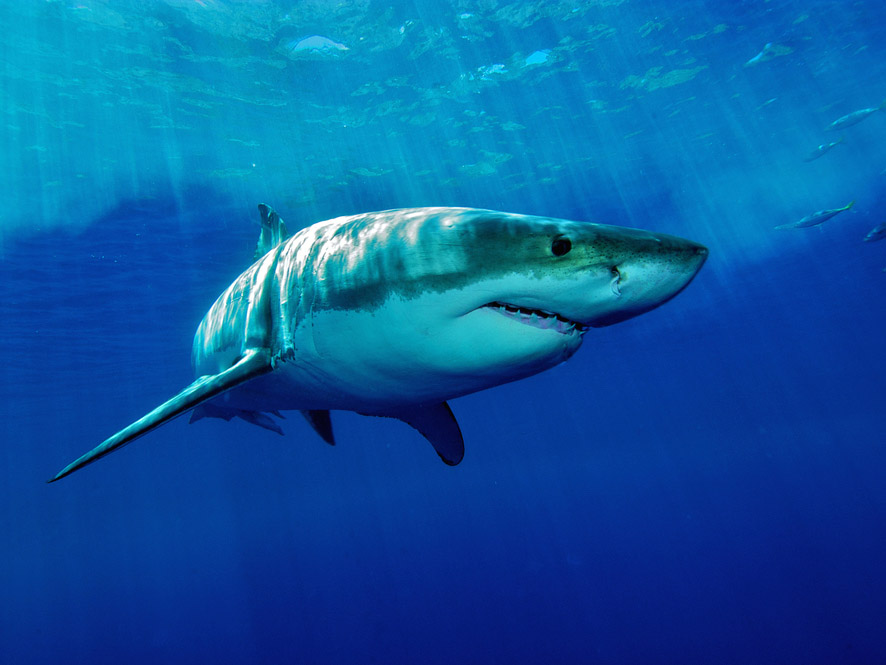 The man was about 20 metres off shore on a boat when he was attacked, according to the Queensland Ambulance Service. Photo: AAP

Fencing off Australia’s beaches from sharks with electric cables was one idea discussed at a summit where experts have tried to develop ways to repel the predators and prevent attacks.

Dozens of leading international scientists gathered at the Sydney summit called by the NSW Government after a number of attacks and sightings in the state this year.

The meeting heard from a marine biologist who has been trying to develop environmentally friendly shark repellents at open-ocean beaches in South Africa.

Geremy Cliff said he was looking at replacing net and drum lines with electromagnetic repellents that covered large areas.

Mr Cliff said the electrical technologies were costly and alternatives might prove more viable for the state.

“We need to look at alternative technologies and while we are pursing electrical shark repellents, there are others that are available,” he said.

“At the end of the day, this research costs a huge amount of money and that is really a limiting factor and I’m very pleased that there are other organisations and companies that are looking at other technology.”

About 70 experts gathered at Taronga Zoo for the summit; their focus was discussing the results of an independent review into shark deterrent technologies commissioned by the NSW Government.

Ahead of the summit, the Government released the options, identified by the review, that would be discussed and potentially trialled, including electric deterrent barriers, physical and visual barriers, sonar technologies, and satellite and acoustic technology — tagging and real-time tracking of tagged sharks.

However, the review found that only one deterrent — a shark spotting program — was suitable for immediate trial.

The sonar technology identified in the review was the Cleverbuoy system that was developed with Optus.

The technology is described as a “smart ocean buoy that detects sharks and alerts lifeguards on the beach”.

Christopher Neff, a lecturer in public policy at the University of Sydney, was among the speakers and said netting and culling sharks would be out of step with public opinion.

Earlier, Dr Neff said new research showed more than 80 per cent of people in the Ballina and Byron shires were opposed to killing sharks.

“The only people who are talking about killing the sharks usually is the political class.

“The public is sophisticated and the public generally gets it, that there are better alternatives that will make them safer.”