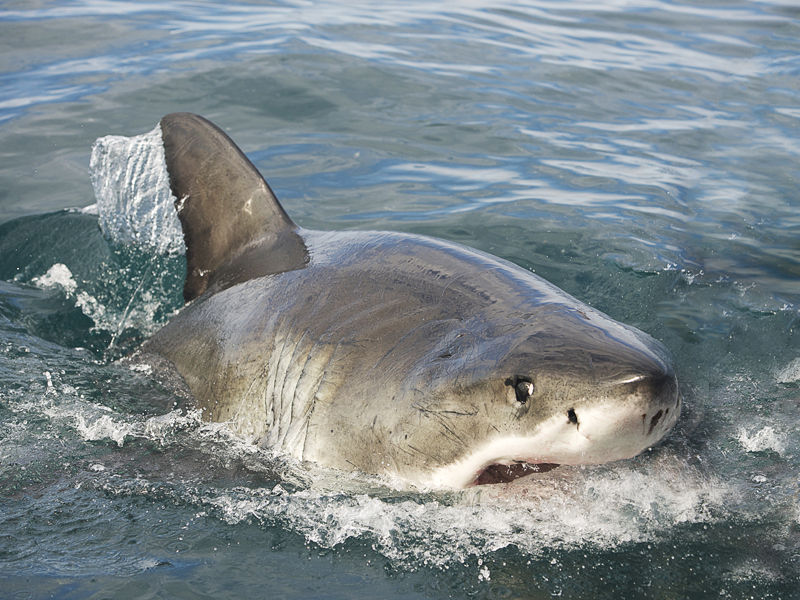 Swimmers could soon be able to monitor sharks with real-time tracking apps.

The Baird government’s shark summit to be held at Taronga Zoo on Tuesday will review a shortlist of shark repellent technologies in a bid to halt a wave of recent attacks.

The emerging technologies, which could be trialled at the state’s beaches this summer, include electric deterrent, physical and visual barriers, and sonar, satellite and acoustic technologies.

There is a push to develop real-time tracking of tagged sharks which surfers and swimmers could potentially access on a smartphone app or website.

More than 70 shark experts from Australia and around the world will be attending the summit, including delegates from South Africa and Hawaii.

“Making our beaches safer is a top priority for the NSW government; that’s why we are leaving no stone unturned to make sure we look at new and innovative ways to protect our beaches,” Minister for Primary Industries Niall Blair said in a statement.

“The world’s best scientists will be in Sydney this week to discuss a number of new technologies to be trialled in NSW waters, which will inform advice to the NSW government on additional measures.”

There have been 13 shark attacks in NSW so far this year, up from three in 2014, and one person – 41-year-old surfer Tadashi Nakahara – has been killed.

Additional aerial patrols will scan for sharks at beaches on the NSW north coast during the school holidays.

* Physical barriers: flexible plastic nets in which other sea life doesn’t get entangled

The app to avoid shark attack