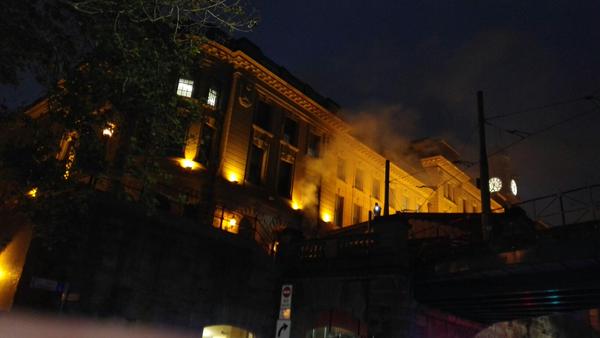 A blaze that erupted at a major Sydney CBD train station is under control.

About 1000 people were evacuated from Central Railway Station after the fire began in a takeaway food outlet on the concourse and spread across four levels via ducting, Fire & Rescue NSW tweeted.

Firefighters now have the fire under control, although platforms one to 15, which run intercity trains, are still closed.