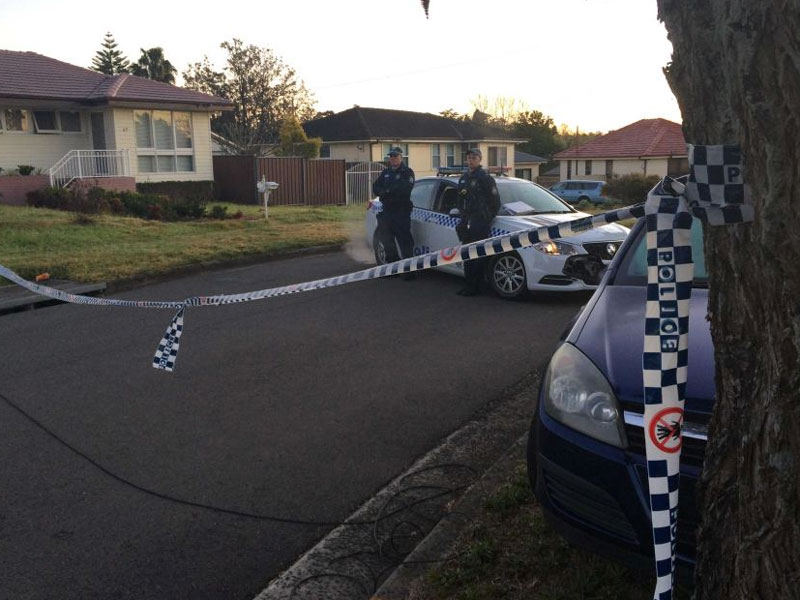 A man has been charged with murder after the body of a 63-year-old woman and her seven-year-old grandson were found in the Sydney suburb of Lalor Park.

About 10.30pm on Tuesday, police were called to the Kennedy Parade home, finding what police described as “a very horrific sort of incident”.

A 35-year-old man, who police said was the son of the woman and an uncle to the boy, was allegedly armed with a knife when he was arrested at the scene.

He was taken into custody at Blacktown Police Station and later charged with two counts of murder and one count of assaulting police.

Police confirmed the alleged incident was witnessed by the young boy’s siblings – aged between 10 and 19 – who were at the home at the time.

Police said drug use – particularly ice – would be examined as part of the investigation.

“The two deceased people will be subject to a post-mortem today. The injuries relating to the lady were quite significant and horrific and any injury to a young child is always going to be horrific as well,” NSW police Detective Superintendent Gary Merryweather said.

“At this stage we can’t [confirm drugs were involved] it’s obviously very early in our investigations.

“The issue of drugs will be certainly one of the areas that we examine very closely.”

“The death of a young child and also their grandmother and both at the same time, it’s very hard to comprehend,” he said.

“It’s also hard for the local community down there at Lalor Park, we are a very – which are a very close-knit community. It’s a horrific situation.”