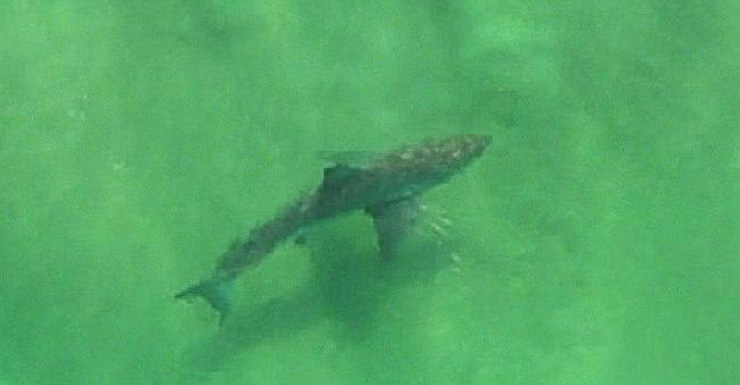 Authorities plan for to track down and destroy a four-metre great white that severely injured the legs of a bodyboarder in northern New South Wales.

Matt Lee, 32, was attacked on Thursday morning while swimming at Lighthouse beach in Ballina. He is fighting for life.

A helicopter will be used on Friday to hunt the shark, which authorities must be sure is the same creature responsible for the attack before it can be killed.

Acts of bravery by Mr Lee’s friends were believed to have saved the man’s life.

His two mates reportedly dragged the body boarder from the water while the shark was still in the vicinity, then stemmed his bleeding with leg ropes.

Without their quick thinking, Mr Lee would likely have died from blood loss, as tragically happened to Japanese surfer Tadashi Nakahara in February.

The world’s biggest junior surf competition went ahead at Lennox Head, north of Lighthouse beach, despite the attack on Friday morning, but was halted by a reported shark sighting.

“We’ve pulled all the competitors out,” Ballina mayor David Wright told AAP on Friday just after 9am.

“We’ve got a helicopter going up to have a look.

“We’ve got rubber duckies out round the point, looking with jet skis.

“Everyone is just waiting around.”

A news helicopter captured photographs of an enormous shark on Thursday that could be responsible.

Hunt on for huge, deadly shark in New South Wales