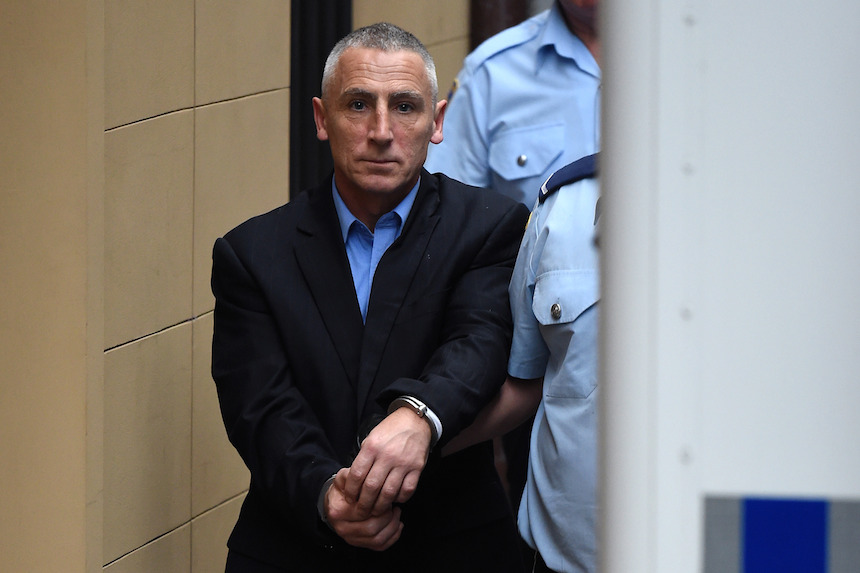 A few blood-soaked tissues, stained with mascara, and some bits of hair.

These were the grisly remnants after Christopher Cullen attacked his estranged wife, bundled her into the boot of his Hyundai, and drove her to the southern Sydney headland where he would slash her to death with fishing knives.

It was a “ferocious” crime, for which the 52-year-old murderer has never expressed remorse.

Now he faces 30 years behind bars.

“It is difficult to imagine, let alone describe, the terror that must have consumed her,” NSW Supreme Court Justice Ian Harrison said of the moment Victoria Comrie Cullen looked up from the cramped confines of the car boot and saw the armed Cullen standing over her.

“The death of the deceased was unnecessary, unwarranted, unfair and inexcusable.

“Mr Cullen callously decided to kill the deceased for his own selfish and personal reasons.”

Justice Harrison recounted in chilling detail how Ms Cullen was abducted from the garage in her apartment building on January 22, 2014, and held captive in the boot of Cullen’s car while he bought the murder weapons from a fishing supplies store.

Ms Cullen’s badly battered body was discovered on a patch of grass near the Taren Point foreshore that afternoon, and Cullen emerged “moaning” from nearby mangroves soon after.

He was suffering self-inflicted stab wounds and had punctured his own lung.

Cullen tried to plead guilty to manslaughter, with claims to investigating officers that Ms Cullen had “taunted him with her sex life”.

But that plea was rejected and last month a jury found him guilty of murder.

The self-employed carpenter had a violent criminal past, and Ms Cullen’s friends reported he had threatened and attacked her before.

Cullen’s trial heard how he would show up outside the beauty salon where Ms Cullen worked with large signs claiming she was sleeping with her clients.

Justice Harrison told on Thursday how the UK-born couple had begun their romance while holidaying in Australia.

They wed in Fiji in 2000 and made a life together in Sydney.

But by 2013 the marriage had deteriorated and Ms Cullen had moved away from the family home.

“The death of the deceased is another example of the extremely prevalent violence perpetrated by men in our society against women to whom they are married or with whom they share a relationship of domestic intimacy,” Justice Harrison said.

“I have considerable doubt that murders or assaults that are committed by men in the context of physical or psychological dominance or control over women are ever, or often, influenced by a rational appreciation of the penal consequences …

“However, the importance of retribution is quite another thing.

“There is an uncontroversial and recognised need to emphasise clearly that violent and controlling men who commit such crimes against women will be punished severely.”

Cullen was blank-faced as the judge handed down a non-parole period of 22 years and six months, while a friend of Ms Cullen’s sobbed in the public gallery.

“Her family will at least have some solace in this today,” she told reporters.