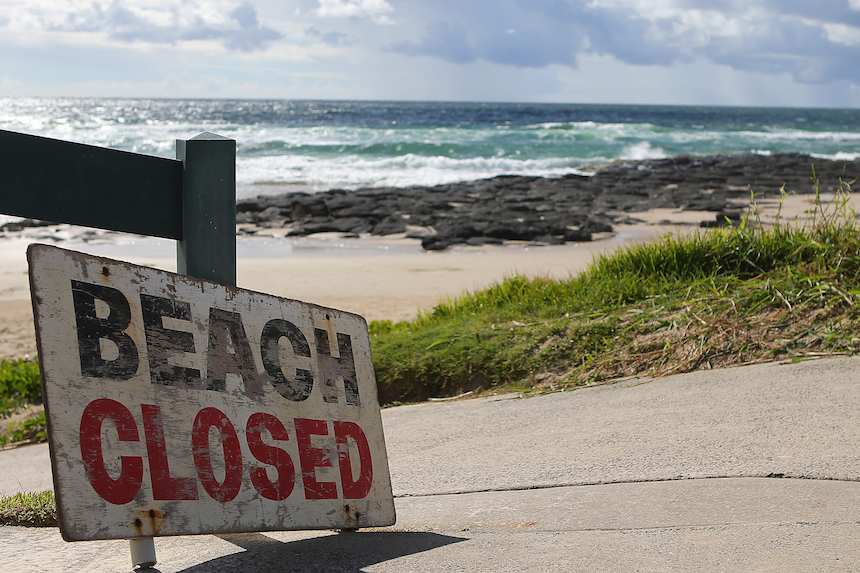 What do we need to happen to go back to normal? Photo: Getty

A 32-year-old bodyboarder is fighting for his life after being mauled by a suspected great white shark at a beach in NSW’s north.

Matthew Lee sustained severe leg injuries in the attack at Lighthouse Beach, near Ballina, and was flown to a Gold Coast hospital.

His friends are reported to have pulled Mr Lee from the water about 10am on Thursday, using leg ropes to stop the bleeding, as locals tried to help.

“It was all hell,” a nearby cafe owner said.

Police believe the shark is a great white, about four metres long.

Beaches in the region will remain closed for at least 24 hours but a 300-strong junior surf competition at Lennox Head, 10km north, is expected to go ahead on Friday.

Ballina mayor David Wright said the Oz Grom contest would proceed as planned if air and sea searches did not find the shark at first light.

This large shark was spotted by the #7News chopper after the shark attack at East Ballina http://t.co/6aNKFFaui9 pic.twitter.com/zcoNCSk6lb

He said about 30 surfers remained in the Ballina waters after dark on Thursday despite the warning signs.

“Surfers will surf,” he said.

Five months ago, surfer Tadashi Nakahara, 41, was killed by a great white at the neighbouring Shelly Beach.

In 2008 a 16-year-old boy was fatally attacked by a shark while bodyboarding at Lighthouse Beach.