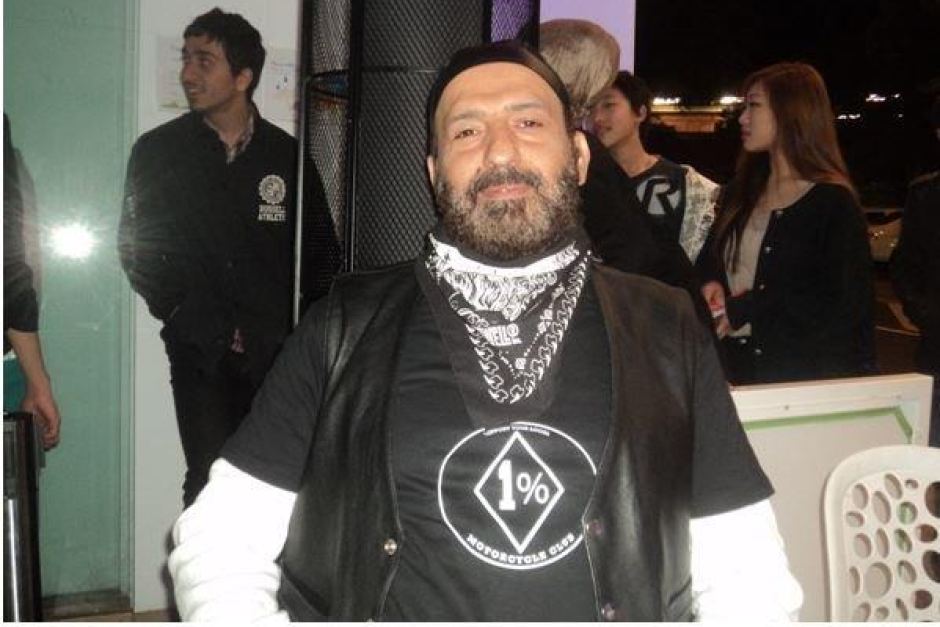 Sydney siege gunman Man Haron Monis was rejected by the Rebels bikie gang for being too “weird”, a coronial inquest into the fatal Martin Place Lindt Cafe attack has heard.

The first full day of the inquest into last December’s siege focused on Monis’ background, mental state and “unpersuasive and unsuccessful” attempts to gain a following in Australia.

The self-styled Islamic sheik was broke, had few friends, was facing a possible jail term, and had failed in his ongoing quest to achieve “significance”, the inquest revealed.

Monis took 18 people hostage in Sydney’s Lindt Cafe for 17 hours on December 15, 2014 – where three people were killed including hostages Katrina Dawson, 38, Tori Johnson, 34, and the gunman himself.

In his opening address, Counsel Assisting Jeremy Gormly SC said each witness would throw light on aspects of Monis’ life.

The inquest also heard that Monis asked the Attorney-General if it was illegal to write to ISIS.

Counsel assisting the inquiry Sophie Callan said Monis actively sought to become involved with the Rebels Motorcycle Club some time in 2012 or 2013.

She said he had dealings with the club’s Mount Druitt chapter, but they saw him as “weird”.

“Ultimately, he was rejected by the Rebels and they took his motorbike,” she said.

She said Monis’ attempt to join the gang may seem “incongruous” with some of his other activities, but provided an insight into how he was “always striving for power and influence”.

“His constant goal in life appears to have been achieving significance,” she said.

Ms Callan said Monis later wrote to Attorney-General George Brandis to ask if it was illegal for him to write to an Islamic State figure.

She said Monis received a response telling him he should seek that advice from others.

Monis repeatedly boasted that he was well connected in Iran but “was prone to grandiose claims”, the coronial inquest heard.

In his opening address, counsel assisting the inquiry Jeremy Gormly SC said the first part of the inquest would be a “biographical” examination of Monis’ background and motivations, and witnesses would include his past employers and government department employees “for whom he would cause continuing trouble”.

“The evidence in this biographical segment is descriptive. It will rarely be contentious, we suspect,” Mr Gormly said.

Mr Gormly told the inquest Monis made the unlikely claim that his late father was an Ayatollah.

“He also stated that his father-in-law was a senior person in a university and has been a one time general secretary to the late but well respected Ayatollah Khani,” he said.

“He established the university at which Mr Monis studied politics and played a significant role in the British establishment of the Islamic Republic.

“As we’ll see, Mr Monis was prone to grandiose claims, but it seems that there may have been some kernel of truth in his background.

“Mr Monis seems to have been a person who showed some early promise and may have both sought and been offered the type of contact with senior people of which he later boasted.”

The inquest will also consider the fact Monis was on bail at the time of the siege, despite facing charges relating to his ex-wife’s murder.

The court heard Monis arrived in Australia in 1996 under the name Mohammed Manteghi.

He told immigration authorities he had been persecuted in Iran after converting to Ahmadi Islam and writing anti-government poetry.

He applied for a protection visa soon after his arrival – but Mr Gormly said his claims were “almost certainly a fiction he told to obtain refugee status”.

Monis claimed he had been recruited by Iranian authorities to spy on the Ahmadi people, and said he feared execution if he did not comply, but remained a “secret Ahmadi” himself.

“He said it was about this time that he began to write anti-government poetry,” Mr Gormly said.

Monis was living in Perth when he was granted a protection visa in 2000, he said.

On October 20, 2004 he acquired citizenship in a private ceremony he had requested for “security reasons”.

Ms Callan said the inquest would not examine the “rights and wrongs” of Monis’ immigration entry.

“There is nothing to be gained from examining antique immigration entry procedures as they operated back then,” she said.

“There is in any event no tenable causal link between allowing Mr Monis into Australia from Iran in 1996 and his actions 18 years later in the Lindt cafe.”

“Your Honour, it will be recalled that gun laws were different then. Although almost exactly a year after the Port Arthur massacre the national buyback had started but the new gun licensing controls had not,” she said.

“Mr Monis has never held a gun licence during his life in Australia. But for security work using handguns, however, he had to undergo some gun handling training.”

She also told the court Monis used several names at different points in his time in Australia.

“Mr Monis arrived here as Mohammed Manteghi, he subsequently used various names while in this country, including two formal name changes which correlate to different phases of his life,” she said.

Chaining himself in protest ‘a modus operandi’

Ms Callan told the inquest that in October 2000, Monis began writing letters to public figures around the world.

“On 20 October 2000, Mr Monis wrote a series of letters to public figures, this was a method he subsequently adopted repeatedly over the years. In this first instance so far as we’re aware he wrote nine letters to dignitaries and newspapers around the world,” she said.

He then took part in a his first public protest, chaining himself to a pole outside Parliament House in Perth on November 23, 2000.

“He staged a hunger strike asserting he was protesting against the Iranian government for not letting him see his daughters,” she said.

“At the scene of his hunger strike at the Parliament House in Perth he had a sleeping bag and a bottle of water. However the strike came to an end within a few hours when someone called an ambulance.

“Mr Monis may have suffered from heat stroke and was taken to hospital. Chaining himself to public places in protest became something of a modus operandi for Mr Monis.

“On his return to Sydney he almost immediately commenced a protest at NSW Parliament House by chaining himself to the fence on the 20 January 2001.”

Monis was, at the time he died, facing more than 50 sexual and indecent assault charges, and had a conviction for sending abusive letters to families of deceased Australian soldiers.

Police records show the business had a clientele of at least 500 people over the years of the business from 2002 to 2007.

“He must have made a calculated assessment about this business venture aiming generally at poorly educated impressionable people particularly women, who would seek such services including those who believed in black magic or that they were cursed,” she said.

“Ultimately in 2014, charges were laid against Mr Monis on 43 counts of aggravated indecent and sexual assault, allegedly committed from 2002 to 2010, all in the context of his clairvoyant business.”

‘If you want to kill, why not use tools of your own’

The inquiry heard that he formally adopted the name Man Haron Monis on November 21, 2006, and in 2007 he created a website with the heading: “If you want to kill people, why not use the tools of your own.”

He used the website to campaign against Australian soldiers as well as writing to relatives of the soldiers killed.

In 2008, Monis wrote to the Queen and the Pope. The inquiry heard it was “a stream of complaint about matters that he says exist in Australia”.

In the letters, Monis complained about racism, police corruption and media corruption, among other things.

In October 2009 Monis was charged with seven counts relating to sending offensive letters which had been written over a two-year period from November 26, 2007 to August 14, 2009.

The letters were sent to families of soldiers killed in service in Afghanistan, and the Australian Trade Commission official killed in the bombing in Jakarta. Monis was released on bail.

The inquiry heard that when Monis first started sending the letters, the Australian Federal Police adopted a fairly moderate approach.

A police officer warned him to stop but Monis sent several subsequent letters.

Mr Gormly told the inquiry Monis received hate mail after a story aired on the television program Today Tonight about the letters.

“There is a surprisingly large quantity of this kind of hate mail. Most of it is anonymous. Some of it is very violent in nature,” he said.

“[In this one] we see here a response is “Just saw the story on ‘Today Tonight’, was just wondering if you and something or other about transvestites sleep together.

“Further down we get comments about Mr Monis’ family: “Come on, holy goat, I see one of you rag heads, me and my boys give them the biggest, I think it is ‘beating of their lives’,” the letter said.

The inquest before NSW Coroner Michael Barnes is being conducted across numerous sessions throughout the year, with the current session lasting a fortnight.

Police officers, as well as customers and staff taken hostage at the Lindt cafe, will take the stand during the course of the inquest.

Monis’ partner Amirah Droudis, who is in custody charged with the murder of Monis’ first wife, sought leave to appear at the inquest but then withdrew.

She is unlikely to be called to give evidence.

“With criminal proceedings on foot against her, there is an obligation on the inquest and those participating in it not to impair the integrity of that trial,” Mr Gormly said.

Mr Gormly said the cafe hostages would not be giving evidence in the first part or the next segment of hearings.

He also said some of the coroner’s findings may never be made public, because of security concerns.

“That doesn’t mean that the relevant evidence can’t be reviewed and referred, if necessary, to appropriate oversight agencies and the Commonwealth Attorney-General,” he said.

“That can be done and it should. So the task is to find ways to assess these topics in a manner that doesn’t compromise national security considerations.”