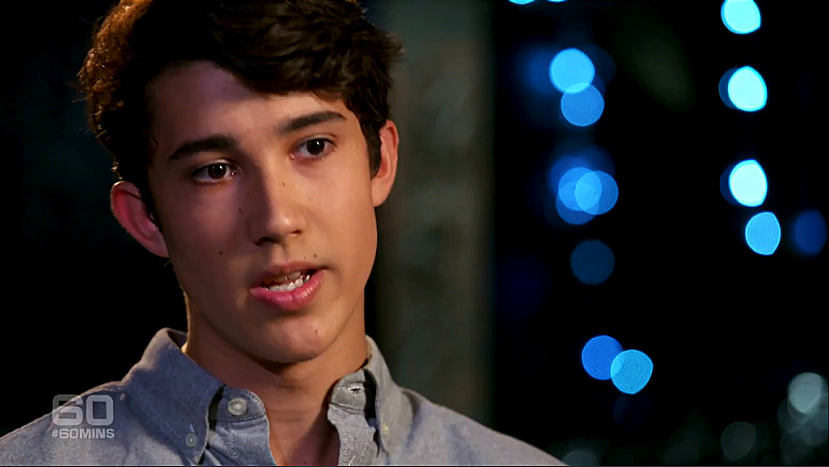 A young survivor of the deadly Lindt cafe siege has escaped conviction over a charge of aggravated break and enter.

Jarrod Robert Morton-Hoffman, who was among those held hostage by gunman Man Haron Monis in December, was sentenced for the crime in Sydney’s District Court on Friday.

The 19-year-old, along with friends Luc Baumgartner and Berk Atakan, had pleaded guilty to breaking into an American Apparel clothing store during a celebratory night out and stealing about $1000 worth of clothes six months before his ordeal in the Martin Place cafe.

Judge Helen Syme said it was unusual not to record a conviction over what is usually a serious charge but the circumstances of this crime meant it was “a long way removed” from a typical case.

The three young men were handed two-year good behaviour bonds and must make reparations of $91 each.

“The facts in relation to this matter are indeed unusual,” Judge Syme said.

In the early hours of June 27 last year, after a night out drinking and celebrating, the trio stopped for a breather.

“They rested on the stoop of the American Apparel clothing store, unaware that the staff that evening had, by accident, failed to close or lock the door properly,” Judge Syme said.

“One of the offenders leaned on the door of the store and as he did, the door opened.”

She said the young men seized the opportunity to go inside and down the stairs, before stealing about 10 items of clothing.

But police were called when they were spotted by members of the public and the three men were caught almost immediately.

Most of the stolen property was recovered and sold.

Mr Morton-Hoffman’s barrister said the men had already suffered the humiliation of a public arrest for an opportunistic crime.

The judge conceded the siege had sparked more media interest in the case than might otherwise be expected but said that had no effect on the sentence she imposed.

No conviction for Sydney siege survivor