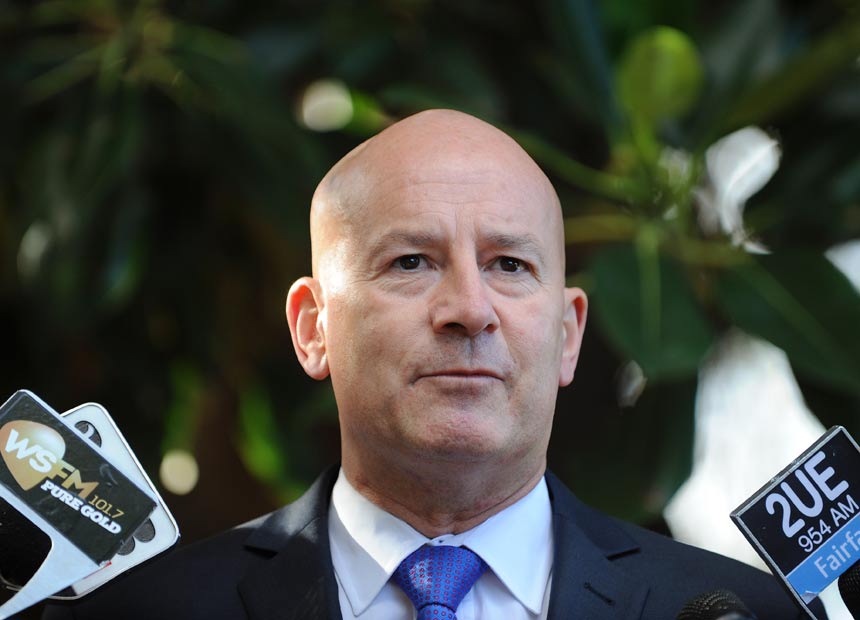 Sydney siege gunman Man Haron Monis appealed to NSW Opposition Leader John Robertson to help him get access to his sons on Fathers Day, it has been revealed.

Correspondence between Monis and Mr Robertson has been released after it was revealed the Labor politician had signed a letter on behalf of the gunman to advance his case to the Department of Family and Community Services.

“[Monis] has asked me to appeal to you, to grant him a supervised access visit of at least one hour in your Liverpool office for Father’s Day,” Mr Robertson wrote to Community Services in August, 2011.

“He is requesting visits … on a regular basis of at least one to two times per week until the Family Law Court matter has been resolved.”

At the time, Monis was a resident of Mr Robertson’s Blacktown constituency.

The opposition leader’s letter included Monis was subject to an AVO.

Mr Robertson then wrote to Monis after his request was denied, referring to the organisation Lone Father Association of Australia for further support.

The correspondence was released on Monday afternoon.

Despite signing the letter, Mr Robertson denies he endorsed Monis.

He said it was a straightforward matter similar to the thousands of constituent requests handled by politicians every year.

“This was a letter that forwarded a request to an agency,” he said.

“It in no way supported or endorsed anything that this man was asking for.”

Mr Robertson played down the significance of his signature, saying he signs every letter out of his office as a matter of protocol.

All correspondence has been forwarded to the joint investigation into the Martin Place siege.

Prime Minister Tony Abbott said on Monday that the nation must learn from its “brush with terrorism”.

“If this review shows that there are further policy changes needed, they will be done,” he told the Nine Network’s Today show.

His comments came after it emerged that the national security hotline was tipped off about Monis’s extremism only days before the Martin Place siege.

Mr Abbott said officials looked at Monis’s website but took no further action because there were no imminent threats of violence.