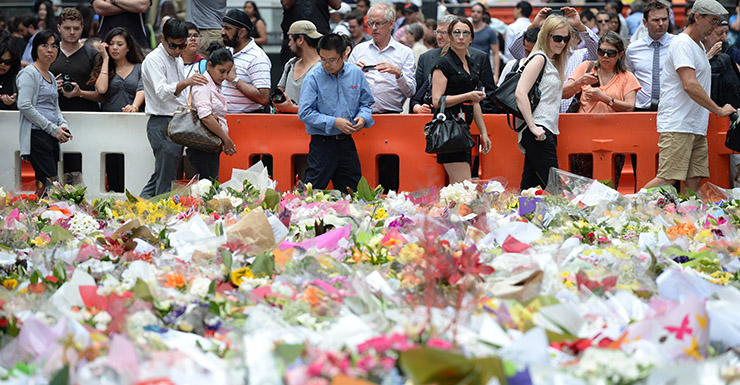 Autopsies of the two hostage victims of the Sydney cafe siege are expected to be completed later on Thursday.

Katrina Dawson, 38, and Tori Johnson, 34, were killed when the siege at the Lindt cafe ended after 2am on Tuesday.

The autopsy of gunman Man Haron Monis should be completed by the end of the week.

• ‘You will be dead in the morning’, hostages told
• Senator calls for more guns in Australia
• Brand slams PM, Murdoch on Sydney siege

Mr Johnson’s family visited the growing sea of floral tributes in Martin Place on Wednesday, shaking the hands of strangers during an emotional visit.

Thousands of mourners lined up for more than nine hours to lay flowers and pen condolences.

Many messages were left for Ms Dawson’s three young children, who lost their mother a week before Christmas.