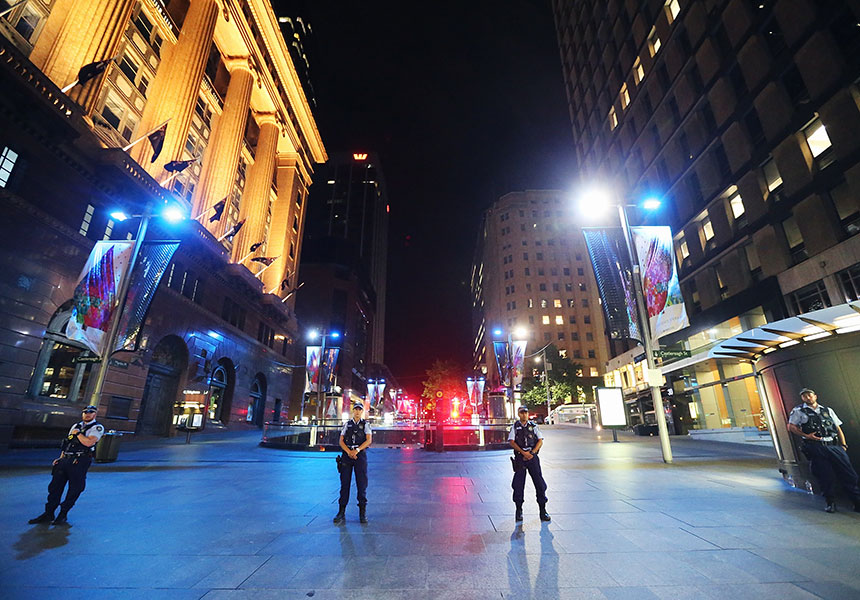 Martin Place will remain closed on Tuesday after the Lindt cafe siege ended with three dead.

• Three dead as Sydney siege ends
• Sydney siege gunman identified
• Sixteen hours of hell: what we know about the hostages
• Siege ‘a reminder to world’
• PM’s prayers for hostages People who work in this zone are being asked to work from home.

But everyone else is being encouraged to go about their business as normal.

Martin Place station will remain closed, while some buses will be diverted around the exclusion zone but will continue to run through the CBD.

The State Library will be closed until further notice while planned school excursions into the Sydney CBD for Tuesday have been cancelled.

The cafe hostage drama came to a bloody end in the early hours of Tuesday when police stormed the Lindt Chocolat cafe.

Two hostages and the gunman were killed while four people, including a police officer, were injured.