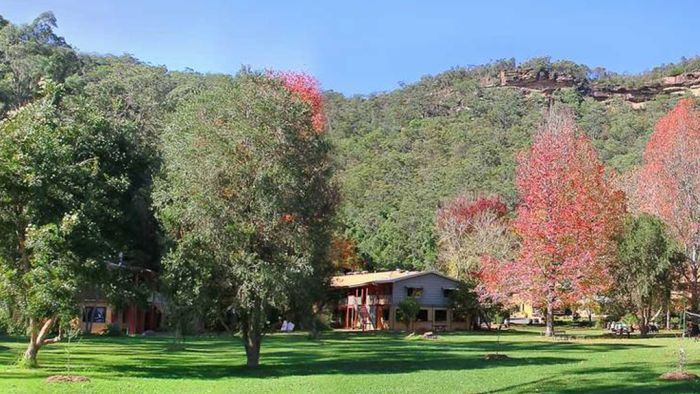 An ashram should not be held responsible for abuse inflicted on children by its former spiritual leader and his second-in-command, two yoga devotees have told a royal commission.

Muktimurti, a longtime resident of the Mangrove Yoga Ashram on the NSW Central Coast, said on Tuesday she did not know if physical and sexual abuse as alleged by former child residents had taken place.

Muktimurti said she did not really believe the allegations against ashram leader Swami Akhandananda when he was brought to trial.

She said in her statement to the commission she found it “morally questionable” for victims to now seek financial compensation.

“I don’t agree with the ashram being held to ransom for something that none of us in the ashram community have anything to do with,” she said.

Muktimurti said she believed compensation would imply the ashram had done something wrong.

Akhandananda, who has since died, was jailed in 1989 for abusing four girls.

The sex abuse royal commission has heard from nine witnesses who have described shocking sexual abuse by the swami and physical abuse by his second in charge, a woman known as Shishy, in the 1970s and 80s.

Muktimurti lived at the ashram from 1978 to 1996 and is back there in an administrative position.

“All I know is that my experience, my own experience of living in the ashram has had nothing to do with anything like that,” she said.

Tearfully, she said she found the hearing distressing because if the acts were true, it was dreadful and if they weren’t, those making the allegations were being “venal”.

The director of Satyananda Yoga Academy Pty Ltd, Atmamuktananda, told the commission that Akhandananda was asked to resign and resolve all charges as a private citizen.

Atmamuktananda was living at an ashram in India at the time and was sent back to Australia to run the Mangrove ashram, but said Akhandananda continued to run it until he was jailed in 1989.

She was unhappy at Mangrove and wanted to return to India after having her own problems with Akhandananda, who propositioned her.

Atmamuktananda also said the ashram could not be blamed.

“It must be remembered that they (Akhandananda and Shishy) were responsible for their mistake,” she said.

Earlier, the commission heard from a doctor who was a resident at Mangrove in the 1980s.

Henry Sztulman said he never saw any “overt behaviour” indicating abuse of the children, and denied allegations he prescribed morphine regularly for minor ailments such as an infected toe.

The hearing continues on Wednesday.

Ashram ‘not to blame’ for abuse