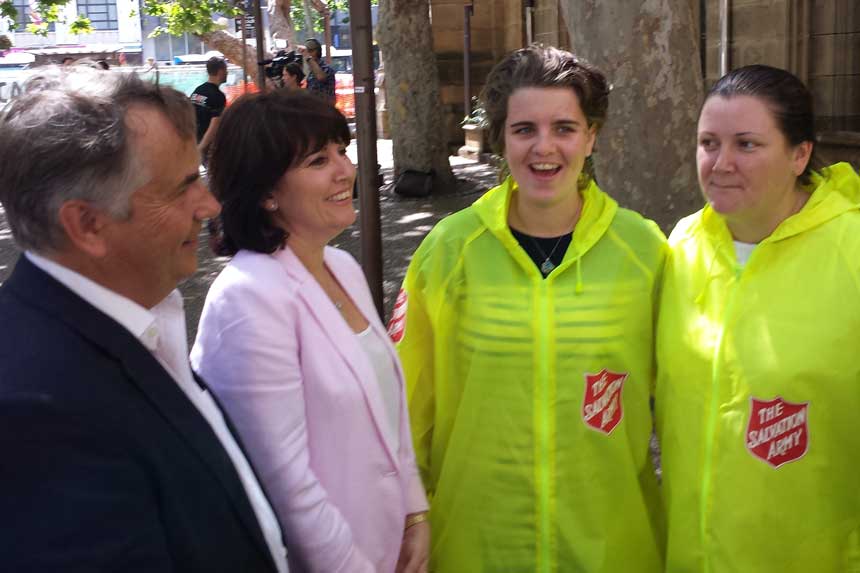 The Thomas Kelly Youth Foundation has helped launch a safe haven for drunk or drug-addled partygoers in the heart of Sydney.

In an effort to curb attacks similar to the one-punch blow that killed his son, Ralph Kelly has launched a “safe space” trial for Sydneysiders on Friday and Saturday nights.

Ambassadors will offer first aid, water, phone access and transport information between 10pm and 4am in a three-month trial.

The program targets intoxicated or vulnerable youth and Kathy Kelly said her son Thomas would be proud of the service.

“It’s very hard to hold back the tears sometimes,” she told AAP.

“But I think … Thomas would be so proud of what we’ve done to try and make a difference.

“It’s our vision to get kids home safely.”

The NSW government has invested $30,000 to support the `safe space’ trial.

“It has taken the pain for, obviously, Ralph and Kathy to give the vision, the sense of urgency and need,” NSW Justice Minister Brad Hazzard said.

He warned youth to avoid a “potentially deadly mixture” of alcohol and drugs during the Christmas season.