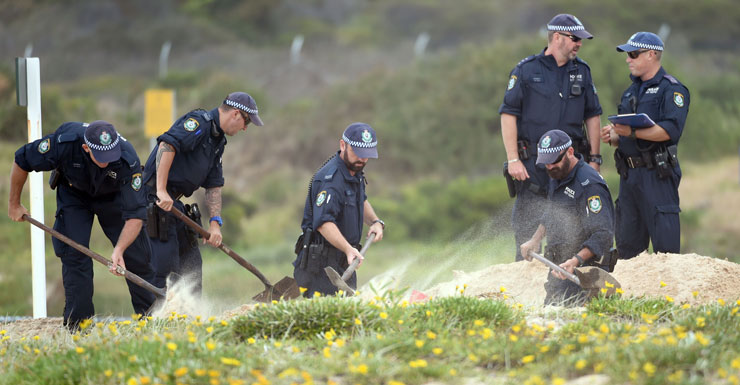 The grisly discovery of a baby girl’s body in a shallow grave on a Sydney beach has reignited calls for hatches where families can safely abandon their babies.

An autopsy on Monday revealed it was a girl.

However, no information has been released about the baby’s age or how long it had been buried under 30cm of sand.

A desperate search is also under way for the baby’s mother. Police are scouring hospital records, talking to mother support groups and going through births, deaths and marriages documents.

The shocking discovery came a week after cyclists found a baby at the bottom of a stormwater drain in Quakers Hill.

The mother has been charged with attempted murder and is accused of dumping the baby down the drain after giving birth.

The two cases have sparked debate about the need for baby hatches – or baby safe havens – in Australia.

In countries such as China and Germany, the hatches allow families to leave newborns where they can be looked after and put up for adoption, in some cases.

“I see that it’s a solution that is not a high-tech expensive solution,” former Australian Medical Association president Andrew Pesce said.

“I think it’s part of a whole system of things – it can’t be the only solution to this problem,” he said.

In Germany, there is a two-month window for mothers who leave their baby in the hatches to reunite with their child.

Dr Pesce said the hatches would not stop every instance of abandonment but could help mothers and babies at risk.

The Sydney obstetrician said depressive illnesses in mothers could lead to decisions the rest of us could not understand.

NSW Police Minister Stuart Ayres said: “There is no doubt we find ourselves with two cases that are currently under investigation that requires us to think seriously about what we need to help families that are in crisis.”

Baby found at beach a girl