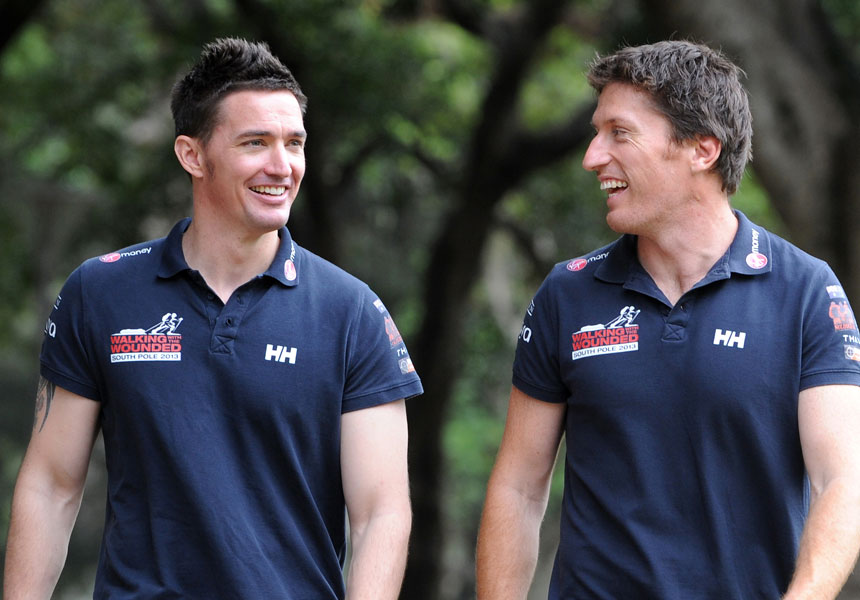 If a gruelling three-week trek to the South Pole wasn’t testing enough, Prince Harry copped plenty of ribbing along the way about the Ashes.

Wounded Australian soldiers Seamus Donaghue and Heath Jamieson joined the fourth in line to the British throne on a 200km trip in the Antarctic designed to raise awareness for wounded soldiers.

Not that the Australian soldiers showed too much deference to the prince, who has earned a reputation for both his partying and military exploits.

“He was good value … a bit upset about the cricket,” Corporal Donaghue said.

Prince Harry, who served as a helicopter pilot in Afghanistan, had to keep a stiff upper lip as he was regularly updated about England’s Ashes demise during the Walking with the Wounded expedition in December.

“He was just another British guy to make fun of,” Private Jamieson said.

The Australian soldiers spoke of the expedition for the first time on Monday.

Trekking in Antarctica is challenging enough for able-bodied people, let alone those suffering from war wounds.

Both Australians were wounded in Afghanistan – Cpl Donaghue continues to struggle with a gunshot wound to his right thigh and Pte Jamieson is battling spinal problems.

“We still have limitations. In the military, you go through tough times,” Pte Jamieson said.

“But we were there to represent injured guys and girls and we were really pleased to be there.”

The two Australian polar heroes have set their sights on a new mission.

“The North Pole,” they said in unison.