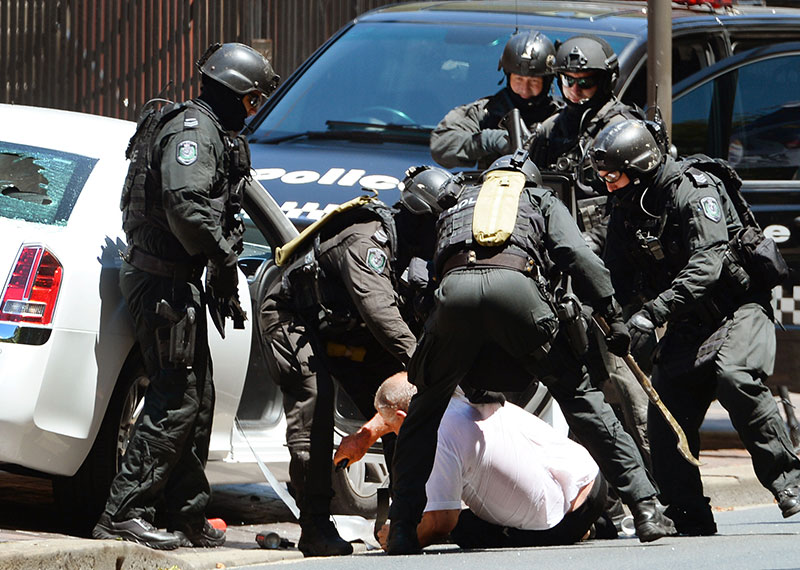 A disgruntled former taxi driver who sparked a two-hour stand-off outside NSW parliament will remain behind bars after being refused bail.

Abdula Ganiji caused a lockdown of Macquarie Street in Sydney’s inner city when he drove his white car onto the footpath outside parliament on Friday morning.

For more than two hours the 58-year-old from the Wollongong area passed lists of demands from inside the car to plain-clothes police negotiators.

The drama ended dramatically just before 2pm when up to a dozen heavily armed tactical officers swarmed the vehicle, fired a canister of gas inside and dragged Ganiji into custody.

A Parramatta court hearing on Saturday heard a two-litre fruit juice container, fuel and a cigarette lighter were found in Ganiji’s car.

Ganiji’s counsel, Jane Healey, didn’t apply for bail on her client’s behalf, and it was formally refused by Magistrate Allan Moore.

Magistrate Moore told Ms Healey he would be sympathetic to a bail application “if I had some psychiatric material before me”.

“We certainly need a risk assessment and report,” he added.

She also told the court Ganiji had been seeing a mental-health professional for years.

Mr Moore said community safety was an issue in deciding a bail application.

Ganiji, who appeared via audio-visual link, showed little emotion during the hearing.

The case was adjourned to Sydney Central Local Court on January 6.

Ganiji last year staged a hunger strike for days outside parliament over a $200 fine he received 15 years ago.

He had called on NSW Premier Barry O’Farrell to solve a dispute with his employer, Wollongong Radio Cabs.