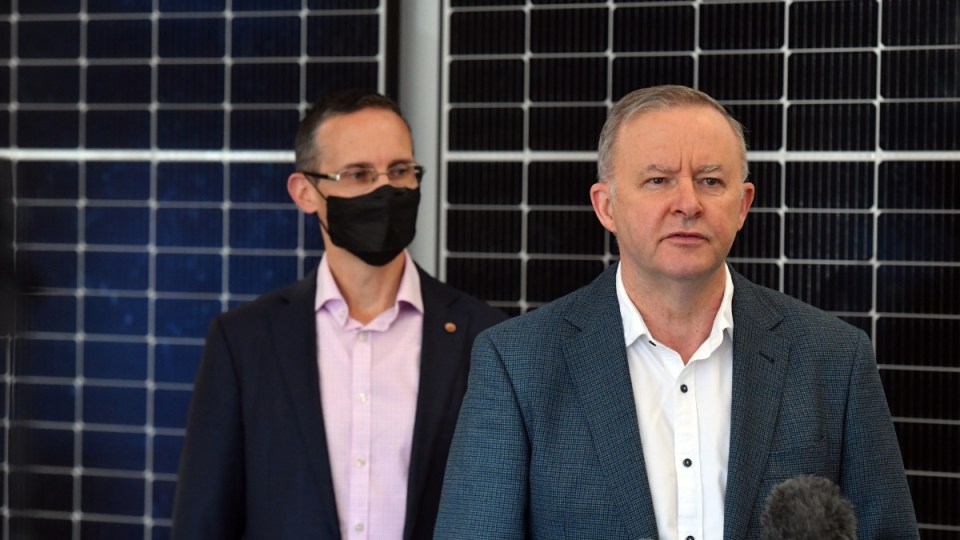 Labor MP Andrew Leigh (L) says he sought the protection order to keep himself and his staff safe. Photo: AAP

A Canberra-based MP is the latest politician to be granted a personal protection order after serious threats were made against him.

Labor MP Andrew Leigh says it’s the first time he’s had to take such a measure since he first entered politics in 2010.

“I’ve never minded being criticised — in fact, I think that’s one marker of a healthy democracy — but it’s when you try and shut people down that then becomes a real danger,” he told ABC radio Canberra on Monday.

Dr Leigh is not the first federal MP to be targeted.

“I should be clear that white middle-class blokes like myself in politics are bearing the least of it,” Dr Leigh said.

“The worst vitriol is directed towards my female counterparts, and particularly those from non-Anglo backgrounds.”

A rise in extremism is contributing to more threats against politicians across the spectrum, not just in Australia but around the world, Dr Leigh says.

“This sort of thing is becoming sadly more common, and one of the challenges I think is that there’s groups that are whipping each other up online and sharing tactics. They’re attacking both sides of politics,” he said.

Dr Leigh says he sought the protection order to keep himself and his staff safe particularly as he wants to be out in the community during the upcoming election campaign.