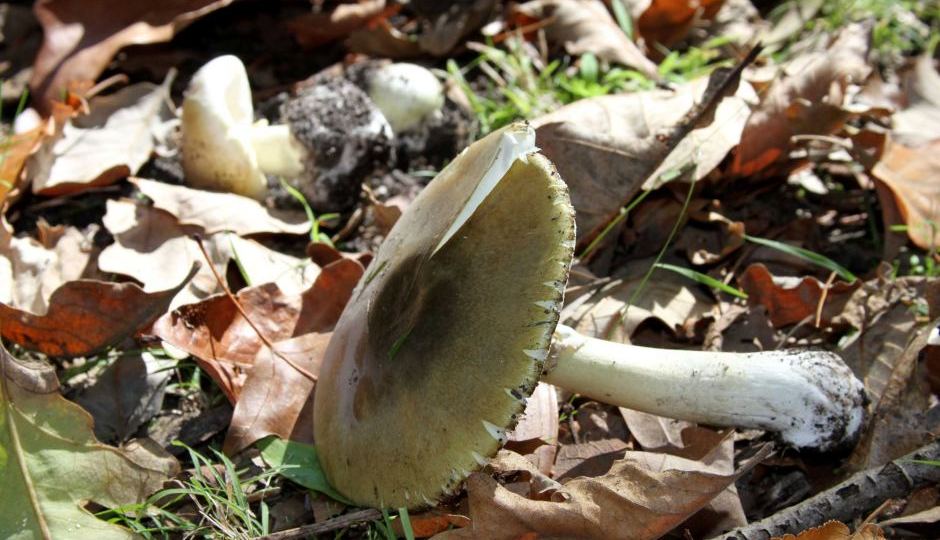 The death cap can be so easily mistaken for harmless mushrooms that even seasoned chefs have trouble telling them apart. Photo: AAP

Canberrans are being reminded never to eat wild mushrooms after a young child was rushed to hospital after ingesting a death cap mushroom.

Acting ACT chief health officer Dr Vanessa Johnston, who said the child presented to a hospital emergency department on Friday, could not confirm the child’s age, gender or condition, but said it was reminder for people to be careful around wild mushrooms.

“As the name suggests, death cap mushrooms can be deadly and all parts of the mushroom are poisonous whether they have been cooked or not,” Dr Johnson said.

“Eating wild mushrooms is just not worth the risk. Don’t eat mushrooms you have found in the wild, and only purchase mushrooms from a reputable supplier.”

Death caps have killed before in Canberra, claiming the lives of two diners, of them the chef, who died of liver failure in 2012 while awaiting transplants after consuming the common fungus at a New Year’s Eve feast.

That same year a Melbourne woman also lost her life to a meal that included death caps, again when the released toxins attacked her liver.

An invasive species accidentally introduced from Europe, death caps are especially common throughout the ACT in autumn. They often appear beneath oak trees, especially after heavy rain on soggy soil.

The ACT government undertakes routine site inspections at known, high yielding sites on a weekly basis between February and June.

Wild mushrooms should not be touched with bare hands, and children and animals should be kept away from them. Anyone who finds mushrooms in their yard should wear disposable gloves to remove and dispose of them.

People should urgently attend an emergency department if they believe they’ve eaten a wild mushroom. They should also take any remaining mushroom with them for identification.

Symptoms of poisoning generally occur 6 to 24 hours after eating and include pains, nausea, vomiting and diarrhoea.