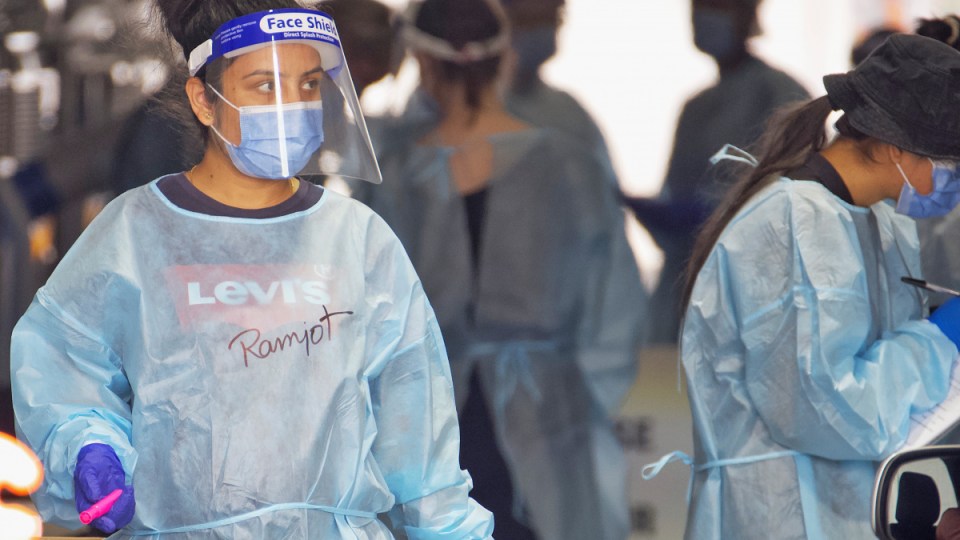 The ACT is opening fresh pop-up and walk-in jab centres in a bid to reach twenetysomethings. Photo: AAP

The ACT has added 25 new locally acquired infections to its COVID-19 caseload, 12 of them linked to known clusters.

Chief Minister Andrew Barr says nine of the cases were in quarantine during their entire infection period while the source of the remaining 16 is under early investigation.

There are 430 active cases across the territory in total with more than 700 patients having recovered from infection.

Mr Barr says the national capital is “on the path to becoming one of the most vaccinated cities in the world”, with 97.1 per cent of Canberrans having received a first dose and 69.3 per cent a second jab.

The bulk of the territory’s vaccination program over the next 21 days would focus on second doses, he told reporters on Saturday.

“There are around 40,000 bookings for second doses in ACT government clinics alone in the coming weeks,” Mr Barr said.

“We are going to work hard to ensure that anyone who wants access to a vaccine can … before 15 October.”

Health chief Dr Kerryn Coleman said there were currently 17 COVID-19 patients in Caberra hospitals, two of them fully vaccinated and three partially. She said five people were in ICU and in need of ventilation.

Meanwhile, more pop-up or walk-in clinics could be rolled out in the ACT in a bid to boost vaccine rates among the young.

The government is considering all options, with people 20-24 revealed as having the lowest take-up rate.

First-dose numbers for the group have exceeded 75 per cent. However more than 84 per cent of 12- to 15-year-olds have received their first jab just over a month after becoming eligible.

As the ACT enters its final week in lockdown, there is still growing uncertainty for residents near the border when NSW eases its COVID restrictions on Monday.

While exemptions are in place for travel to some cross-border communities, the ACT is looking at expanding regional travel limits.

Mr Barr said while Victoria was lagging somewhat in terms of vaccination rollout, there was every expectation its border would be open by December.

“People can definitely make Christmas and summer holiday plans for the south coast and for Victoria, based on their current vaccination rates,” he said.

The ACT’s lockdown is set to end on October 15.

Mr Barr said Saturday’s press conference would be the last of its kind, with statements to be issued on weekends instead.