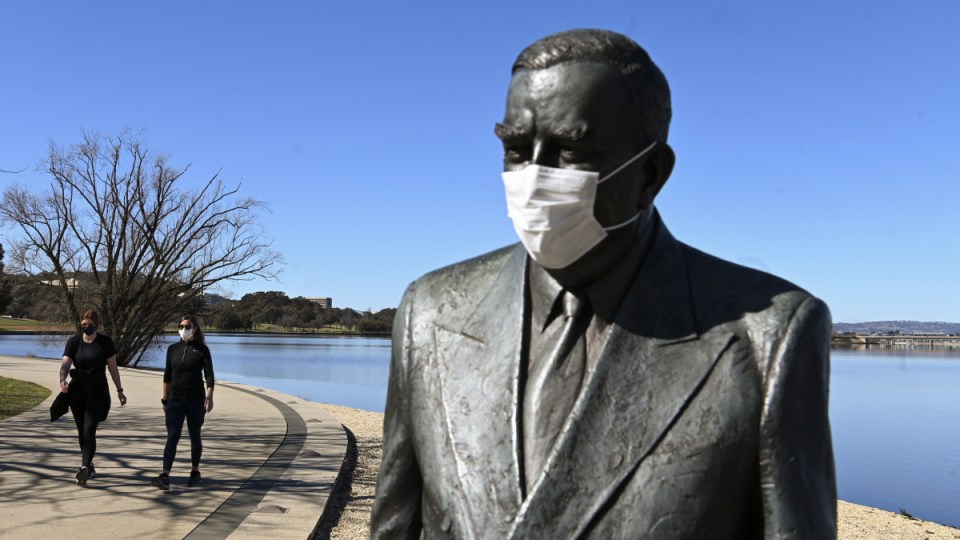 The ACT has recorded 22 new COVID-19 cases, 12 of which are linked to existing infections, Photo: AAP

A source could be found for 12 of Wednesday’s cases.

The isolation status of eight other cases remains under investigation.

There are 14 cases linked to the Calvary Haydon Retirement Community, with 10 residents testing positive.

Three staff members and one household contact have also contracted the virus.

ACT Chief Minister Andrew Barr remained concerned about the number of people infectious in the community.

He said it was because people were not getting tested as soon as they developed symptoms.

“There will be a narrower range of industry sector, hospitality being one of them, that will need ongoing support beyond the end of the lockdown,” Mr Barr said.

He did not take issue with the federal government’s plan to phase out disaster payments as states and territories reached 70 and 80 per cent vaccination thresholds.

“The gradual tapering of the disaster payments aligns with the ACT’s pathway forward,” Mr Barr said.

He expected a lot more people to be able to return to work as the ACT eased restrictions further from October 29.

Another 22 local virus cases in Canberra