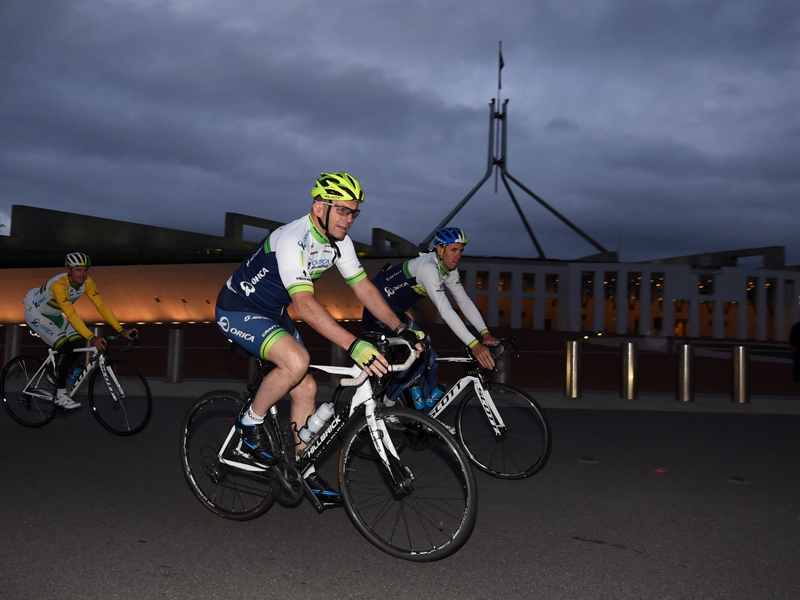 A woman who allegedly burst into a fit of road rage at a group of cyclists in Canberra was unaware that one of the men was reportedly former Prime Minister Tony Abbott.

According to Fairfax Media, the woman was loudly tooting her horn and driving aggressively around the pack of cyclists near Lake Burley Griffin, before she was stopped in her tracks by a lingering Australian Federal Police (AFP) vehicle.

One person from the group flagged down the white BMW for assistance, who quickly pulled over the woman.

It is unclear from the original article if Mr Abbott was the person who hailed for help.

The suggestion was that it was the former PM, who was on his regular ride with the group.

An AFP spokeswoman told The New Daily they were aware of the reports of the incident, however would not comment on the matter.

One cyclist from a smaller group of riders away from Mr Abbott’s posse, watched the events unfold.

“We were riding along near the Southern Cross Yacht Club,” the cyclist told Fairfax Media.

“Then a bigger group of cyclists went past us, having no trouble leaving us behind.

“The woman driving a red Hyundai, she was not a young woman, should have known better. The AFP in a white BMW, suggesting [they were] a security detail, was quickly on the scene.

“She was appalling, she lent on the horn and kept it on while weaving between cyclists and crossing yellow lines. She picked the wrong time, wrong place and definitely the wrong person.”

The witness said the former Prime Minister was in a “disciplined group of cyclists” who had not displayed any reason to be victimised by road rage.

They said they last saw the woman in a car park near the Hyatt Hotel, speaking to a police officer.

Mr Abbott was ousted from the top job by his Liberal colleague Malcolm Turnbull in September. Abbott gets revenge on woman who beeped him