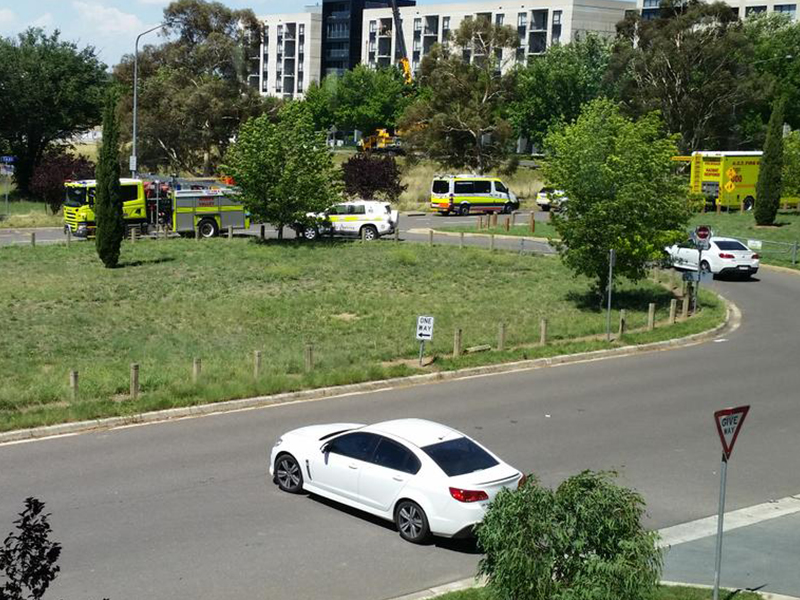 Staff at The Department of Foreign Affairs and Trade in Canberra were evacuated after a suspicious package was discovered at the R. G. Casey building this afternoon.

UPDATE: Shortly before 4pm AEDT the package was found to be non-suspicious by ACT police.

The AFP Bomb Response Team squad were called to investigate the package in the canteen of the building.

• Sydney siege gunman identified
• Sixteen hours of hell: what we know about the hostages

ACT Policing set up an exclusion zone and asked people to avoid the area.

Workers were told to remain at least 100 metres away from the building as large fire and rescue trucks attend the scene.

The DFAT canteen, passport office and childcare centre are all accessible to the public. The childcare’s staff and children were evacuated to a nearby church.

Road blocked near DFAT in Canberra. View from my balcony pic.twitter.com/EAIWvBnP5p

Police appear to be widening the cordon around the DFAT buIlding – Evacuated are being pushed further away from Brisbane Ave. — Gillian Bradford (@bradders2) December 16, 2014

Nearby Parliament House was not evacuated.

Ambulances also attended the scene at the southern end of Sydney Avenue near DFAT building.