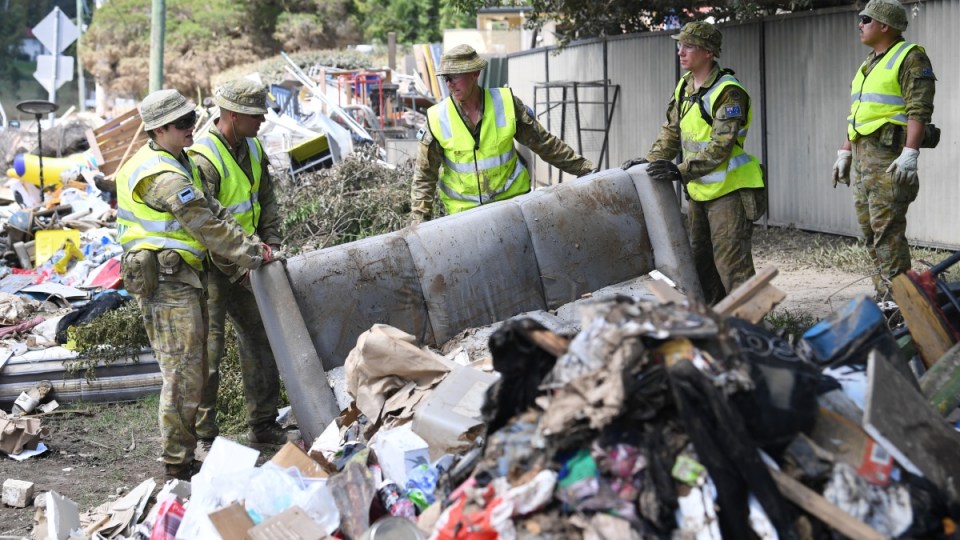 Scott Morrison will ask for a national emergency to be declared in Queensland after floods which have killed 13 people and damaged at least 4000 homes.

The prime minister says he will ask the governor-general to make the declaration on Friday after speaking with Premier Annastacia Palaszczuk and touring flood-hit parts of the state’s southeast on Thursday.

“I’ll see him tomorrow, and we’ll be advancing those issues having undertaken the necessary consultation with the premiers of Queensland and of New South Wales,” Mr Morrison told reporters in Gympie.

Earlier on Thursday, Ms Palaszczuk said it would be pointless to make a declaration because the immediate crisis had passed and disaster declarations in 17 local government areas were set to be lifted within three days.

“The time for that national emergency (declaration) was probably a week ago,” Ms Palaszczuk told reporters.

“So we’ve actually gone past that. The floodwaters have gone down, they’ve subsided, and … those disaster declarations will be lifted on Sunday.”

Ms Palaszczuk said the prime minister had been very good in offering ADF personnel to help the state government with its recovery efforts.

However, Mr Morrison said there was “a bit of a misunderstanding” about the effect of a national emergency declaration.

The prime minister said rather than unlocking more funding for victims or allowing larger Australian Defence Force deployments in flood zones, the declaration removed regulatory hurdles for support to reach people in a more streamlined way.

“Which particularly becomes more relevant as you move through the recovery phase,” he said.

Meanwhile, Mr Morrison has defended a decision to deny 17 of the state’s 20 applications for Commonwealth flood mitigation funding.

The three projects which received federal funding were in the state’s far north and Gulf regions, rather than the heavily populated southeast.

The prime minister said grants from the $5 billion fund were not unlimited, and that flood mitigation works were ultimately a local and state government responsibility.

“When it comes to urban water management and things of that nature, these are responsibilities of local authorities and the state government,” he said.

“The question I could equally put to you is, ‘Why haven’t they funded them, why do state governments constantly come to the federal government to pay for things that are responsibilities of state governments?’.”

Ms Palaszczuk said all 20 project applications, including an upgrade of the state’s flood warning system, were only worth $127 million, which she described as not much from a $5 billion fund.

“You can’t have a fund and not use it. So I honestly believe that if you’ve got the money there, let’s get it out the door,” she said.

More than 41,000 individuals and 344 businesses had by Wednesday afternoon been paid $7 million in joint state and federal hardship grants.

The premier also said 169 farms have lost fencing, 117 properties have lost equipment and 53 per cent of those making claims reported suffering a major or catastrophic impact from the deluge.