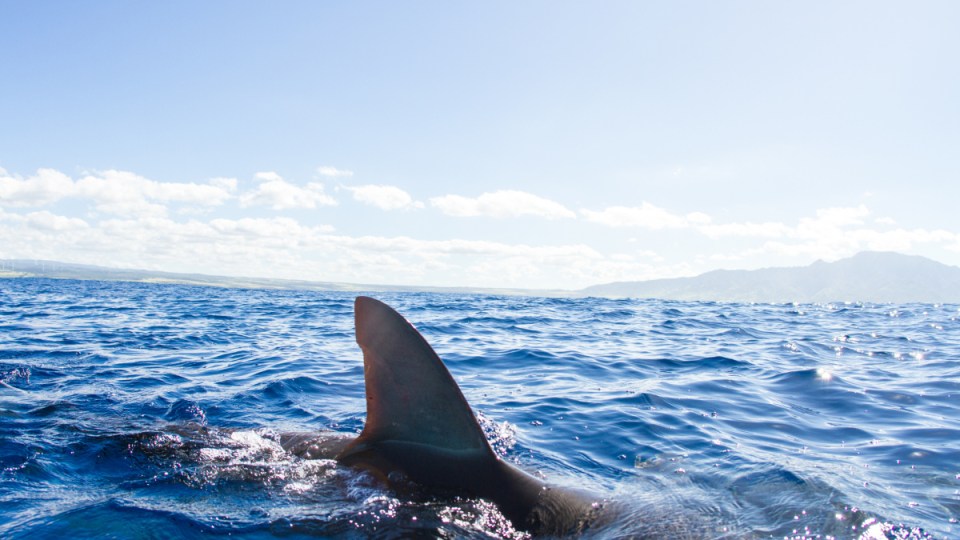 The unnamed victim was lucky to have only a leg in the water when the shark decided it was time for dinner. Photo: Getty

If it is possible to say the victim of a shark attack is ‘lucky’, a Queensland man certainly qualifies after a close encounter with the ocean’s apex predator in Queensland’s Whitsundays.

The 34-year-old was climbing out of the water into a private vessel about 45 minutes from shore when the shark latched onto his left leg late on Friday afternoon.

The man suffered lacerations to his thigh and shin and was rushed to a medical centre on Hamilton Island before being flown to Mackay Hospital, where he remains in a stable condition.

Queensland Ambulance Service’s Peter Gleeson said shark attacks were extremely rare but the timing of the incident, at around sunset, increased the risk.

“It’s well known that shark bites and shark feeding time is commonly at this time of the day, so to say it was a contributing factor in the attack is reasonable,” the Mackay District acting clinical support officer told reporters on Saturday.

There was no serious blood or tissue loss, but the man was left with deep puncture marks in his leg that required stitches.

“It sounds like the patient was very lucky,” Mr Gleeson said, adding he was unaware if the man was a local or tourist.

Authorities reported the man took the scare quite well.

“My understanding was the patient was in good spirits. He was fairly philosophical,” Mr Gleeson said.

“It’s just one of those things that does happen from time to time.”

It is unknown what size or species the shark was but authorities are expected to investigate.