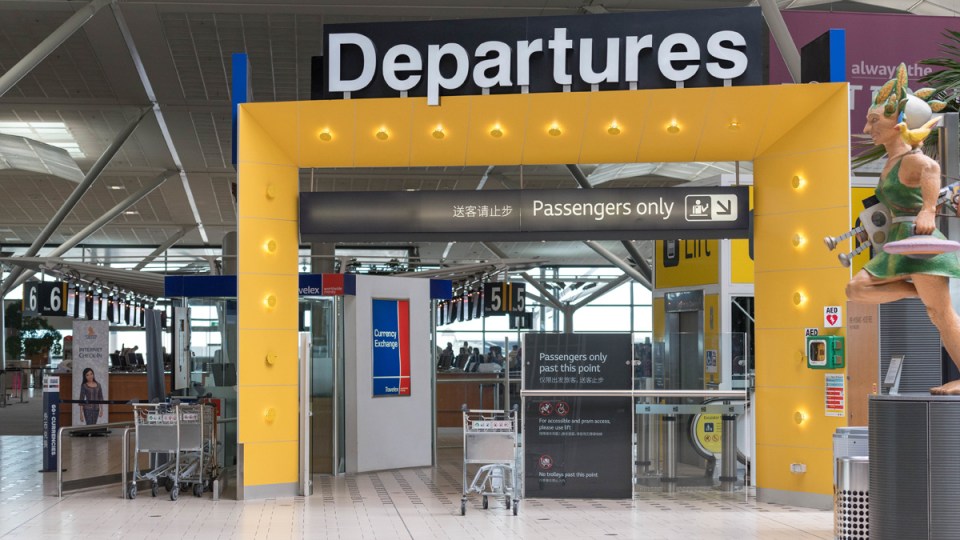 Queensland Health has sounded the alarm about a man who spent several hours at Brisbane Airport before being diagnosed with COVID.

Queensland has confirmed three more local COVID cases, including a 12-year-old boy who tested positive for the virus after leaving hotel quarantine in NSW.

The boy’s father has also been confirmed with the virus, while the third case is a vaccinated worker at Brisbane’s international airport.

“We are treating that as three cases in the community and we are a little bit concerned about that,” Premier Annastacia Palaszczuk said on Thursday.

The emergence of the latest cases mean plans to further relax virus measures, including dumping mandatory masks, across south-east Queensland have been put on hold.

Affected local government areas are Brisbane City Council, Logan, Moreton Bay, Ipswich, Redlands, Sunshine Coast, Gold Coast, Noosa, Somerset, Lockyer Valley and Scenic Rim. However, rules will ease from 6am Friday as originally planned in Townsville, which had been covered by the most recent restrictions.

Chief health officer Jeannette Young said the boy completed quarantine in Sydney after returning from Los Angeles with his mother on June 21. They live in suburban Newport in Brisbane, and flew home on Qantas flight 544 on July 9on 9th July.

His positive test came back late on Wednesday.

The boy is in hospital with his mother, who does not yet have the virus.

The boy’s father, who works in a financial services firm at Cotton Tree, on the Sunshine Coast, has also since tested positive. He was at work while infectious on Wednesday.

The other new local case is a vaccinated airport worker who lives at Tarragindi, in Brisbane. She was diagnosed on Wednesday and has been thought to be infectious for three days.

There are also concerns about a traveller who left Queensland for South Korea, and tested positive to the virus on arrival.

There are several exposure sites in south-eastern Queensland related to that man.