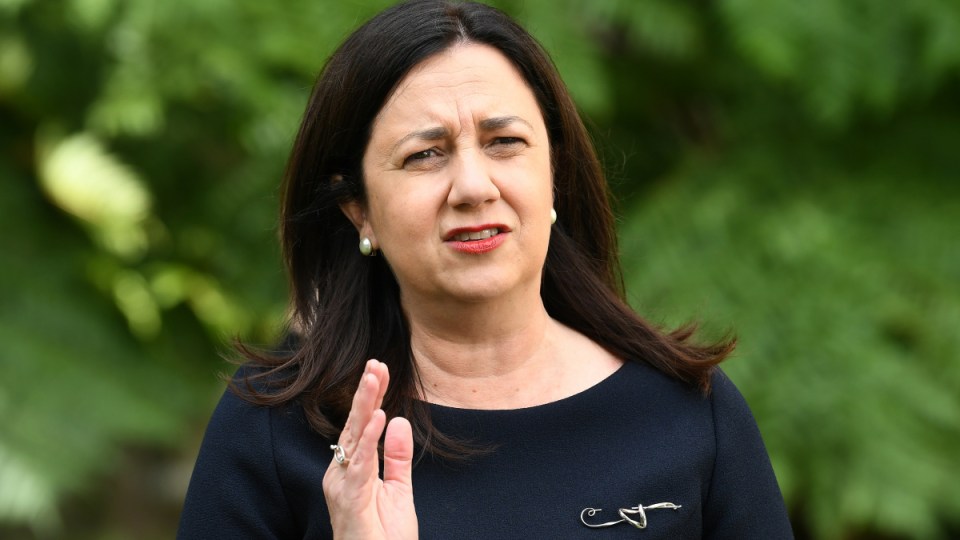 Annastacia Palaszczuk could fly to Tokyo even as the city is in a state of emergency. Photo: AAP

Queensland Premier Annastacia Palaszczuk is under fire over plans to  fly into Tokyo to present Brisbane’s 2032 Olympic bid while the Japanese capital is in a state of emergency.

The Japan Times and numerous media outlets have reported that Tokyo will be placed in a state of emergency until August 22 after the city recorded 920 COVID-19 virus cases on Wednesday.

The trip has been criticised by Australians stranded overseas and political opponents after Ms Palaszczuk successfully lobbied for quarantine caps to be halved at national cabinet last week.

An online petition calling for the Premier to be denied a travel exemption to visit Tokyo had garnered more than 76,000 signatures on Thursday.

Ms Palaszczuk is fully vaccinated with the Pfizer and will be travelling later this month with federal Sports Minister Richard Colbeck and Brisbane Lord Mayor Adrian Schrinner.

The delegation of representatives is expected to return via hotel quarantine.

It’s understood that the trip is not set in stone and Premier’s office will take the chief health officer’s advice on whether it’s safe for her to travel to Japan or not.

Japan’s government is set to declare a state of emergency for Tokyo through to August 22.

Economy minister Yasutoshi Nishimura, who is heading the government’s coronavirus response, said the state of emergency will begin on July 12.

Under the heightened restrictions, restaurants will be asked to stop serving alcohol, Mr Nishimura said.

The move is expected to be made official later on Thursday. Areas neighbouring Tokyo, such as Chiba and Kanagawa, are set to remain under “quasi emergency” through August 22.

The Olympics Games will be held from July 23 to August 8 despite opposition from medical experts and the majority of the public.

Meanwhile, Ms Palaszczuk has praised the efforts of 10 Sunshine Coast University Hospital staff who were ordered into 14-day isolation after saving the life of a COVID-19 patient.

The patient was being prepared for an MRI scan when they had an allergic reaction to the dye, causing them to go into anaphylactic shock.

The staff didn’t have time to put on full PPE in the race to stablise the patient and were potentially exposed to the virus.

Ms Palaszczuk said their actions were “absolutely astonishing” in the circumstances.

“They are heroes,” she said in a statement.

“Right throughout this pandemic we’ve seen that tough times bring out the best in many of us.

“It makes me proud to be a Queenslander.”

Queensland Health said no other staff or patients were exposed to the virus and the areas of the hospital have been deep cleaned.

Chief Health Officer Jeannette Young said given the critical nature of the situation, the staff had followed the right process.

“These staff put themselves in harm’s way to help a patient in need. They put the patient’s welfare before their own,” she said in a statement.

“From the information I have, staff were required to act quickly and may not have been able to maintain full infection control while attending to the emergency.”

Meanwhile, the Liberal National Party has called for a report, into how a clerical worker at Prince Charles Hospital became infected two weeks ago, to be released before the Premier flies to Japan.

Opposition health spokeswoman Ros Bates said the 19-year-old’s infection was the third COVID-19 breach resulting in a lockdown in the state this year.

“The state government must do more to strengthen the system and protocols in order to prevent another outbreak,” Ms Bates said.

“There is no room for mistakes when it comes to the lives and livelihoods of Queenslanders.”