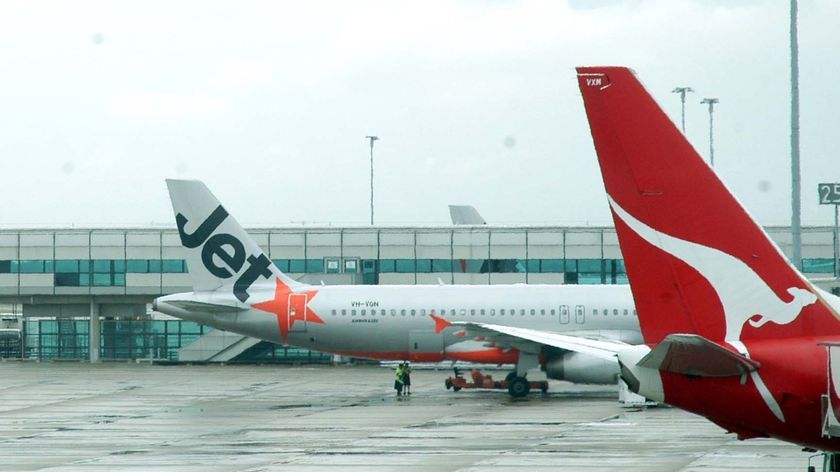 The woman flew to Queensland from Victoria on Jetstar flight JQ570, arriving at 11pm on January 5th. Photo: ABC News

Queensland health authorities are tracing close contacts of a woman who flew to Brisbane on a Jetstar flight from Victoria and has tested positive for the highly contagious UK variant of coronavirus.

Chief Health Officer Jeannette Young said the woman flew into Melbourne from the UK on December 26 and tested positive a day later.

“She was then isolated and did the 10 days required isolation, cleared all her symptoms and was allowed to leave Victoria and fly to Queensland on the 5th of January,” Dr Young said.

Dr Young said Victorian authorities alerted their Queensland counterparts that the woman had tested positive to the UK variant.

She was re-tested in Queensland yesterday and found to still be positive.

“The risk is extremely low … because she’s right at the end of her infectious period,” Dr Young said.

“With a normal variant we would not be as concerned … but because of this new variant we are just being ultra-cautious.

“We’re working through any close contacts that need to be looked at there.”

Contact tracers are tracking down people on the same flight who sat two rows in front, behind, and either side of the woman.

Health authorities are urging other people on the flight to get tested if they develop any symptoms, as well as anyone who lives in Maleny, on the Sunshine Coast, where the infected woman is staying with her parents.

Meanwhile, Queensland recorded no new cases of coronavirus on the first full day of a three-day lockdown for Greater Brisbane which came into force on Friday at 6:00pm.

The pair, aged 25 and 40, were approached by officers in Fortitude Valley.

Police say the men had ignored the “stay-at-home” order and refused to wear a mask.

She said health officials wanted to make mask use “as simple as possible for everybody”.

“When you leave your household put it on and keep it on until you get back home”.

“You should have the mask on at all times including in the car,” she said.