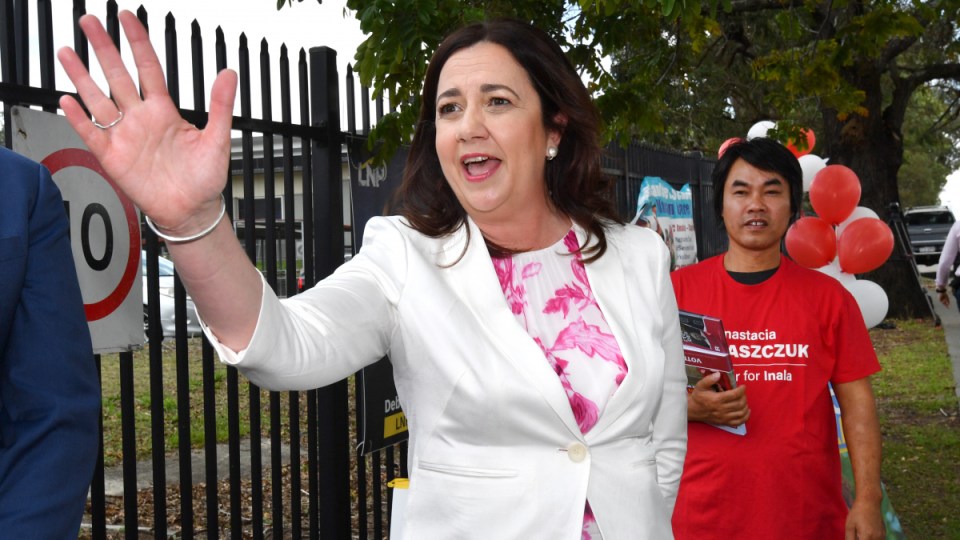 Annastacia Palaszczuk is hoping for a third term as premier of Queensland. Photo: AAP

Queensland has recorded no new COVID-19 cases on state election day and notched 50 days since its last locally-acquired infection.

The Premier announced the reopening of Queensland’s border on Friday to all of regional NSW from Tuesday, but blocked people in 32 local government areas of Greater Sydney.

Mr Joyce called the plan “ridiculous”, saying Australia’s biggest city was managing the virus better than most places around the world.

“Keeping the doors bolted to places that you can’t reasonably call hotspots makes no sense,” he said in a statement.

“It’s extremely unfair and lacks logic and common sense to continue to lump NSW with Victoria – our states have taken very different paths,” she said.

The border closed in August, with Queensland saying it would potentially reopen on November 1 but that was thrown into jeopardy on Thursday when NSW recorded another mystery virus case.

“They had four new cases and one of those cases they could not link to any other known clusters,” Queensland Chief Health Officer Jeannette Young said

“(That) means that they have transmission and they don’t know where it is coming from.

“That is why those 32 (local government areas) all need to be declared hot spots”.

The reopening of the border has been hotly debated in the context of Saturday’s Queensland election, with Labor warning voters the Liberal National Party can’t be trusted to protect the community from the virus.

Ms Palaszczuk has repeatedly said she won’t put Queenslanders’ lives at risk by reopening too early.

But Opposition Leader Deb Frecklington says there needs to be more common sense with decisions about the border.

She says exemptions to cross it have been granted to footballers and celebrities such as Dannii Minogue and Tom Hanks but not families with sick loved ones.

The current restrictions will be eased from 1am AEST on Tuesday.

It means Queenslanders and people who have not been in Sydney and Victoria will be able to travel in and out of the Sunshine State.

They continue to be required to complete border declaration passes, with people who have been in hotspot areas in the 14 days before entry to the state required to quarantine.

The current border restrictions will be reviewed at the end of November.

No new virus cases for Queensland on election day