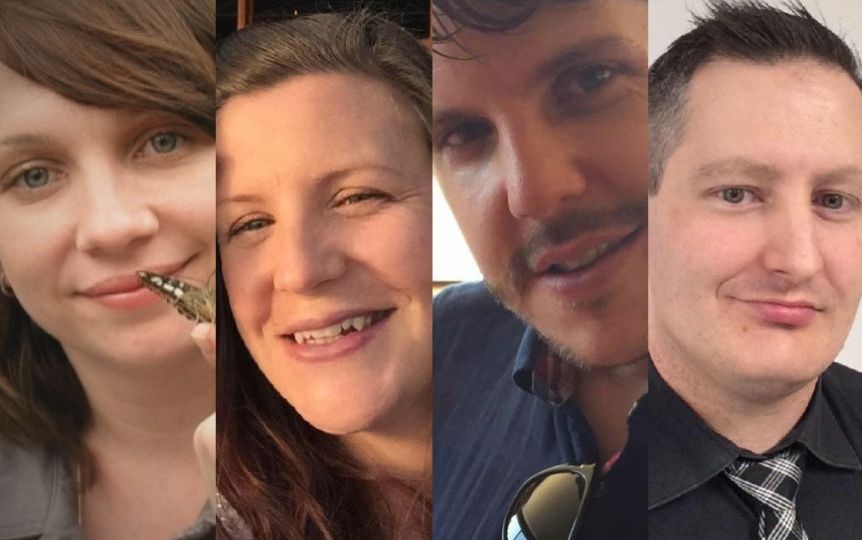 Dreamworld’s parent company Ardent Leisure has been fined $3.6 million over the deaths of four people on the Thunder River Rapids Ride in 2016.

Cindy Low, Kate Goodchild, Luke Dorsett and his partner Roozi Araghi died when their raft collided with an empty raft and flipped in October 2016.

Earlier on Monday, the Southport Magistrates Court heard emotional victims impact statements from the family of victims, including a teenager who saw her mother and two uncles killed on the Dreamworld ride four years ago.

Ebony Turner was 12 when she witnessed the deadly accident on the Thunder River Rapids Ride in 2016.

The teenager has been accompanied by Kim Dorsett, who is her grandmother and the mother of ride victims Kate Godchild and Luke Dorsett.

Mr Dorsett’s partner Roozi Araghi and Cindy Low also died when their raft collided with an empty raft and flipped.

She recounted the moment when she saw her granddaughter Ebony at the police station after being told about the tragedy.

“Ebony had survived the accident and was hysterical trying to tell of the events that had taken place that afternoon,” Ms Dorsett told the court.

“These words have become a recurring nightmare, words that will be with me until I too take my last breath.”

Ms Dorsett stopped several times to reach for tissues during her emotional address, which she had travelled from Canberra with Ebony to deliver in person.

She described her daily struggles with PTSD, loss of memory and organisational skills, and a life now lived in a “lonely village of grief”.

A number of the victims’ family members have been watching proceedings via video link, including Ms Low’s brother, Michael Cook, and her husband, Matthew Low.

The maximum penalty for each breach is $1.5 million – equating to $4.5 million in total.

In July, Ardent Leisure appeared briefly in the Southport Magistrates Court and pleaded guilty to all three charges.

A coronial inquest into the four deaths made findings of a series of failures at the park, including safety and maintenance systems that the coroner described as “rudimentary at best” and “frighteningly unsophisticated”.

“The failures of the defendant were not momentary,” Mr Guilfoyle said.

“The failures did not occur solely on the day of the incident, they were failures well before then, which led ultimately to what transpired.

“This is a rare case in which a penalty close to the available maximum is appropriate.”

‘Ardent apologises for the terrible tragedy’

Ardent Leisure’s legal representative, Bruce Hodgkinson SC told the court the company did not dispute the facts presented by Mr Guilfoyle, opening his submissions with an apology.

“Ardent apologises for the terrible tragedy which occurred,” Mr Hodgkinson told the court.

“Ardent apologises unreservedly to the family and friends of Roozi Araghi, Luke Dorsett, Kate Goodchild and Cindy Low for the past failures of Dreamworld as identified by this prosecution.

“Ardent expresses its deepest sympathies to the immediate and extended families for their enormous loss and ongoing suffering.

“Ardent also apologises to all those who have been so deeply impacted by this tragedy: first responders, bystanders, Queensland police and ambulance services, Dreamworld staff and many other people involved who have been affected.”

Mr Hodgkinson said since the tragedy, Ardent Leisure had been working with cross-industry experts to bring Dreamworld’s safety and systems up to world standards.

He told the court this included comprehensive engineering reviews, situational emergency training on a planned and ad-hoc basis for staff, and the development of new safety regulations for theme parks with the Queensland Government.

“In addition to working with the regulator, Dreamworld has consulted extensively with industry and broad experience, both in the theme park industry and in the aviation, mining and oil and gas industries,” Mr Hodgkinson said.

“They are industries that have had a lot of scrutiny, both internal and external, in the relation to development of safety mechanisms.

“Those have been drawn upon to ensure that the park, on an ongoing basis, has been made safe and has been brought up to world safety standards.”

In a statement issued after the fine, Ardent Leisure chairman Gary Weiss and CEO John Osborne said they accepted the court’s decision to impose “the largest fine in Queensland history for a workplace tragedy”.

“Ardent accepts responsibility for this tragedy without qualification or reservation,” their statement said.

“The majority of families, first responders and others impacted by the tragedy have received compensation.

“The Ardent board has, and continues to, press for the expeditious resolution of the remaining claims noting that, in the case of compensation for minors, the court’s approval is required before compensation can be finalised.

“The construction of the Memorial Garden announced in February was put on hold due to the COVID-19 pandemic and this project will recommence in the next few months following consultation with immediate family members.”

Disease concern for survivors of Afghanistan earthquake
Steve Smith confirmed as starter for first Test against Sri Lanka
Matildas will be keen to forget 7-0 drubbing by Spain
Upcoming stats will reveal where and how hard rates are hitting economy
Victorian MPs pocket a tidy 2.75 per cent pay raise
Reserve Bank review isn’t a ‘get the governor’ exercise: Jim Chalmers
NSW COVID-19 cases increase by one, found within hotel quarantine
Today's Stories