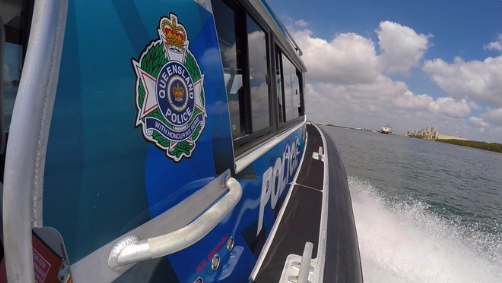 Police resumed the search for the plane as far north as Stradbroke Island Photo: Queensland Police

Authorities have widened a search for the bodies of a couple presumed dead in a light plane crash off Brisbane.

The pilot, 70, and his wife, 52, were on a scenic flight in a hired plane when they made a mayday call and lost contact with flight controllers on Wednesday afternoon.

The plane plunged into the waters of Moreton Bay, with a wheel and sheet metal from the aircraft’s body found north of Moreton Island.

The search for the couple’s bodies is continuing on Friday.

Due to the tides, the search zone has been expanded to include the area north of Stradbroke Island.

Police are continuing their search today for the man and the woman whose plane went missing in the Moreton Bay area following a distress call on January 22.https://t.co/oUoxHg4iid pic.twitter.com/syrk6oc1Yu

Aerial searches of the area north of Stradbroke Island will also be completed today, along with ground patrols of the Moreton and Stradbroke island shorelines.

The couple vanished after taking off from Caloundra towards Moreton Island.

It’s understood the pilot was experienced, and it wasn’t the first time he’d flown that particular aircraft.

The Australian Transport Safety Bureau is investigating the incident.