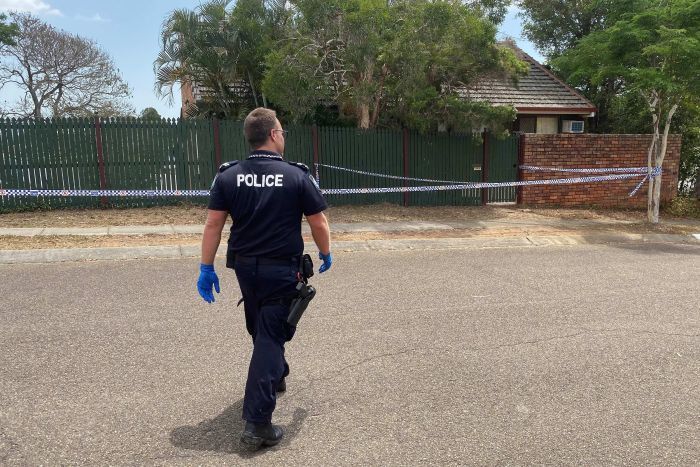 Police are not treating the deaths as suspicious. Photo: ABC

Neighbours say they could hear a man crying at a Brisbane home this morning where a crime scene has been declared after a six-week-old baby died and her twin sister was taken to hospital in a critical condition.

A post mortem will be carried out after emergency crews were called to the house in Sunray Street, Sunnybank Hills at 6:00am, where one of the infants was declared dead at the scene.

Police said initial investigations suggested the babies were sleeping together throughout the night and were found unresponsive this morning.

The baby’s death is not being treated as suspicious but officers from the Child Protection and Investigation unit are investigating the incident.

A crime scene was set up at the home this morning.

A 71-year-old neighbour said she heard ambulance and police sirens early this morning followed by a man crying.

She described the family as loving and caring neighbours who kept to themselves.

“Shocked, really shaken, my wife’s quite upset and just to know that this has happened so close to us. [It] has just really shaken us,” he said.

“We didn’t really know them, we only saw them in passing when we went on our walks and things like that so we really just knew that they were a young family.”

Darryl and Judy Lonergan, who live in the street, said they were shocked to hear about the death.

“It’s heartbreaking. We have children ourselves and we feel for them deeply,” Mr Lonergan said.

“It’s just so sad, it’s so sad for them — how would you get over something like that?” Ms Lonergan said.

Ms Lonergan said it was a friendly and quiet neighbourhood.

“We all look out for one another. We all get on and have Christmas parties down the street.”

A swing set and trampoline could be seen in the backyard of the property.