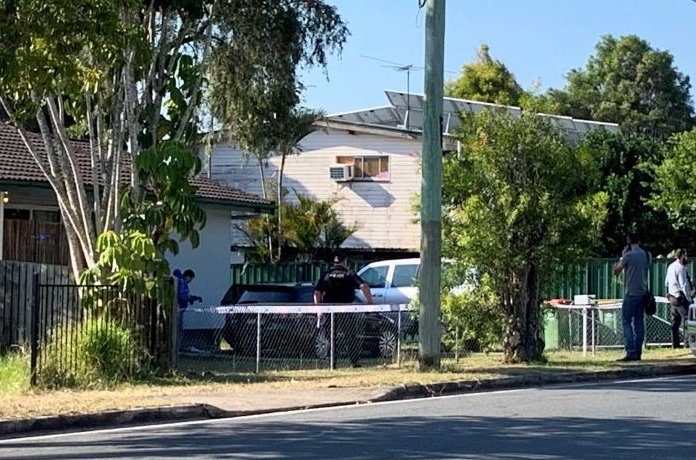 A home south of Brisbane has been turned into a crime scene after two little girls died after allegedly being found in a hot car. Photo: ABC

Two young sisters, aged one and two, have been found dead in a car at Logan, south of Brisbane, after being exposed to “extreme heat”.

Queensland police and paramedics were called to a home at Waterford West shortly after 1:30pm on Saturday and found the pair unresponsive in a “hot” car.

Detective Inspector Mark White, from the Logan Child Protection and Investigation Unit, said the Queensland Ambulance Service (QAS) made attempts to revive the two children, but both were declared dead at the scene.

“The two children exhibited evidence of being exposed to extreme heat,” he said.

“It’s just a very, very tragic incident that has occurred. They were very young children.”

He added police were in the process of speaking with the girl’s parents, in addition to a number of other people.

Two people, known to the children, are assisting police with their inquiries.

“We have a lot of moving parts, a lot of enquiries being conducted and [the investigation] is at a very critical stage,” he said.

“Identifying who made phone calls to the QAS … will be part of that,” he explained.

A crime scene has been declared and emergency services remain at the scene.
Detective Inspector White said support was being provided to staff involved in the investigation.

“One of our priorities today, in addition to conducting the investigation, is the wellbeing of our staff,” he said.

“It’s very, very tragic and can be quite a distressing scene to be confronted by.”