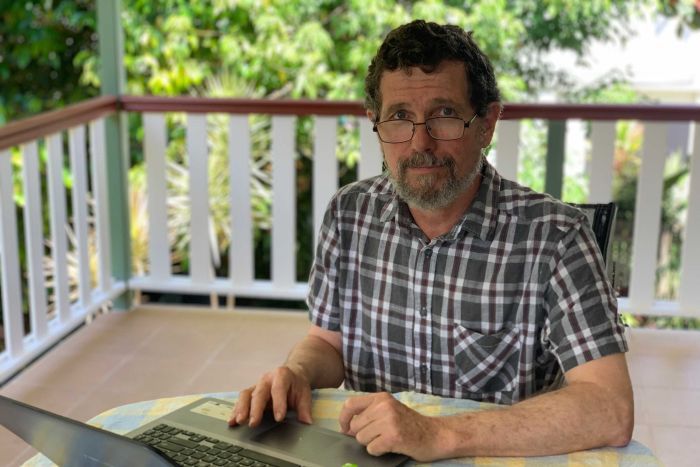 Professor Peter Ridd said the appeal against his unfair dismissal was a "colossal waste of money". Photo: ABC

Marine physicist Peter Ridd has raised more than half a million dollars to fight an appeal by James Cook University (JCU) over his wrongful sacking.

Dr Ridd’s employment as a professor at JCU’s Townsville campus was terminated in 2018, after being issued with several warnings for comments he made about a coral researcher.

He also told Sky TV that organisations like the Australian Institute of Marine Science (AIMS) could “no longer be trusted”.

The university was ordered to pay him more than $1.2 million in compensation earlier this month, and has since appealed the Federal Circuit Court’s decision.

Dr Ridd said the process had become “a colossal waste of money”, and has had to resort to a GoFundMe page to afford the legal battle.

“I feel actually slightly embarrassed by the whole thing — having to ask for money,” Dr Ridd said.

“But it’s also a statement by a lot of people that they really don’t like what the university have done.”

A spokesperson for the university said it considered there to be errors of law in the judgement of the Federal Circuit Court.

Dr Ridd said he was disappointed and had considered walking away from the fight.

“It’s fairly devastating actually because you’re almost back to square one, except it’s even more expensive,” he said.

“Essentially we don’t have access to that $1.2 million that has been awarded. That is really theoretical at the moment.

“It’s really quite crazy, that the lawyers fees ultimately — if this goes to the High Court — is actually going to be more than what the actual compensation was.

“The whole thing is just a colossal waste of money for something which is so obvious that the university has done wrong in terms of allowing academic freedom.”

The fundraising page, which has a target of $1.7 million, has had over 3,000 donors, he believes are mostly passionate north Queenslanders.

“They’re really saying that they believe a university should be allowed a broad range of views to be expressed,” Dr Ridd said.

“Especially people in north Queensland, where farmers are being blamed for killing the Great Barrier Reef, and I am saying almost certainly they are not, but we need better quality assurance on the signs.

“They think that what the university has done is fairly disgraceful, because one of the few people who is actually standing up for them — so to speak — has actually been silenced and that is totally what a university shouldn’t do.”