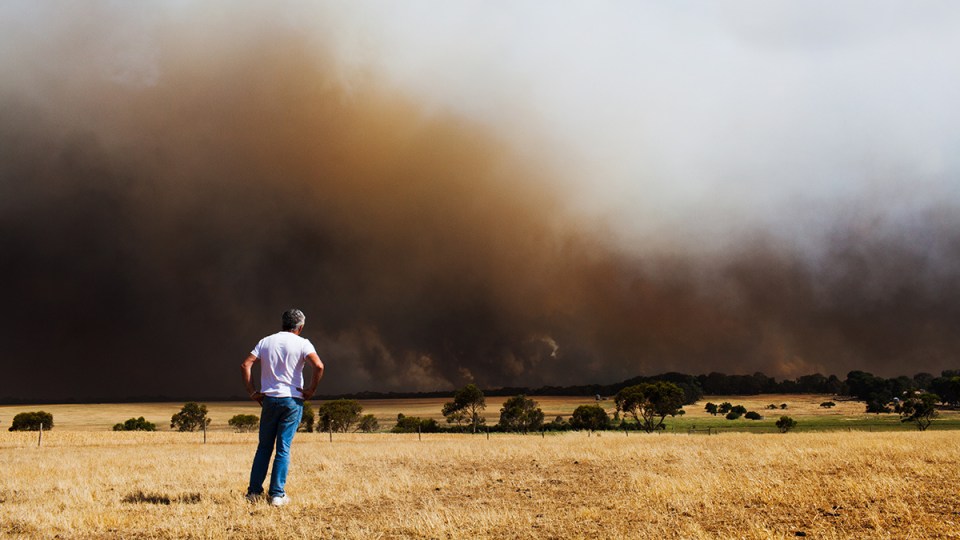 Cooler weather has granted Queensland a respite from the flames, but more fire weather is on the way. Photo: Getty

Firefighters continue to battle about 50 bushfires in tinderbox conditions across Queensland.

Crews from Victoria, South Australia, Western Australia and New Zealand are lending a hand to fight blazes that have razed homes, businesses and an estimated 55,000 hectares of land.

But the relief brought on by eased weather conditions is not expected to last as forecasts show the fire danger is set to increase in coming days.

Moist winds will continue to cool the southeast of the state on Sunday.
The most serious fires across the state, near Rockhampton, Monduran, Peregian on the Sunshine Coast and at Applethorpe are sitting at an advice level warning.

Of concern to authorities is the Sarabah fire in the Gold Coast hinterland, because it is the biggest.

However, the fire danger remains high ahead of deteriorating firefighting conditions forecast to arrive early next week.

“The fire conditions will remain for us for some time,” Acting Fire Commissioner Mike Wassing said on Sunday.

Premier Annastacia Palaszczuk visited burnt out properties in the Gold Coast hinterland community of Beachmont on Sunday, where nine homes were destroyed.

The fires in that area are burning in remote patches of land down in the valleys where authorities want it to stay, and have assured locals they have significant resources to keep the community safe.

“The fires that are over the ridge here … at the moment are contained, but we do know that conditions are going to change on Tuesday and Wednesday and we need to be ready for that,” Ms Palaszczuk said.

“Some people here have lost their worldly possessions but they haven’t lost their lives.

“They’ll be able to rebuild, and we’ll help them rebuild.”

She is asking Queenslanders to give generously to a bushfire appeal to support those who lost everything.

The 10-day emergency has seen some 1200 bushfires burning across the state, with more than 600 community warnings issued in the past two weeks.

Officials have warned some fires could burn for months because the ground is bone-dry and there is no significant rain in sight.

Fires continue to burn in the Lamington National Park, near Binna Burra, in Sarabah and Lower Beechmont.

The Ballandean blaze, south of Stanthorpe, continues to burn within containment lines and there is currently no threat to property.