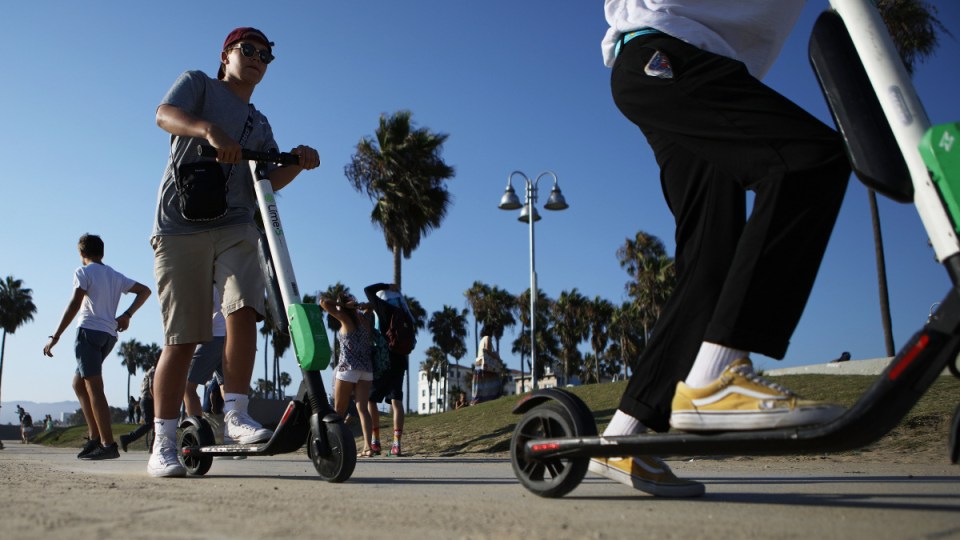 Electronic scooters have been injuring riders at the arte of two every day in Brisbane. Photo: Getty

Two electric scooter riders have been hospitalised every day in the months since they were launched in Brisbane, prompting the Queensland government to set up a safety campaign.

In December and January the state government said 120 riders were hospitalised while using the publicly available scooters, which reach speeds of up to 25km/h.

Transport and Main Roads Minister Mark Bailey said safety posters would be rolled out across 40 streets in the Brisbane CBD from Sunday following the popularity of “ridables” in the city.

“While we want people to be able to use rideables, it’s important they keep safe and stick to the law,” Mr Bailey said.

He said police have caught 300 people breaking the rules on the scooters, with a majority caught riding without a helmet.

“By rolling out the campaign on city streets, people will be reminded about the rules before they get around town,” he said.

It comes as the Royal Australasian Collage of Surgeons this month issued a warning about the increase in significant injuries as a result of using the scooters.

A study by the organisation found younger users, aged between 20 and 34, were responsible for 66 per cent of all injuries.

Ambulances had to take 34 per cent of those injured to emergency departments, with surgery required in 10 per cent of all cases.

Queensland orthopaedic surgeon Dr Matthew Hope urged other states that use the electric scooters to monitor injuries to assist with the implementation of legislation.