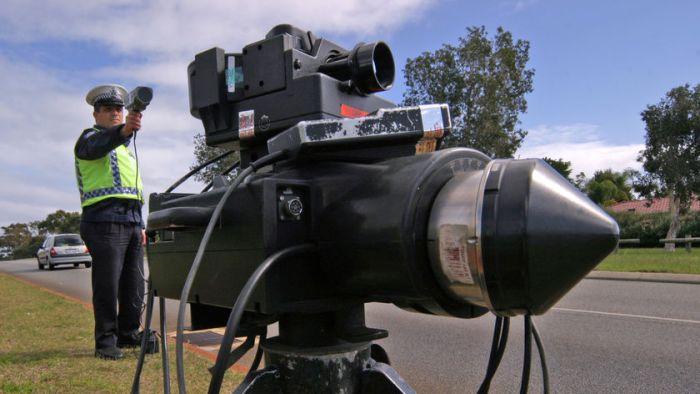 Queensland’s Police Union has called for an immediate end to the use of unmarked and covert speed cameras, saying they do nothing more than raise government revenue.

QPU president Ian Leavers said the “sneaky” devices did not reduce the state’s road toll or stop people from speeding.

“Getting a ticket in the mail up to a month after speeding when you can barely remember even where you were back then, has no effect and is quite rightly cynically viewed as revenue raising,” he told AAP in a statement on Sunday.

“Only a highly visible policing presence and highly marked police speed camera vans with large police decals all over them staffed by police are the way to address the road toll.”

Mr Leavers said the use of covert cameras had damaged the reputation of police officers across Queensland.

“Police receive significant criticism from the public and are accused of being ‘revenue raisers’ when unmarked and covert speed cameras or speed camera trailers are deployed,” he said.

“We need an immediate end to the use of these ‘sneaky’ devices and increase more visible policing so that we can regain public confidence.”

“The Palaszczuk government is using Queenslanders as cash cows,” he said on Sunday.

“They have budgeted an extra 46 per cent in speeding fines for the next three years.”

Mr Mander said if speed cameras were visible and motorists knew they were there, they would slow down.

“There’s no use acting after the event, it’s far better to prevent people from speeding in the first place,” he said.