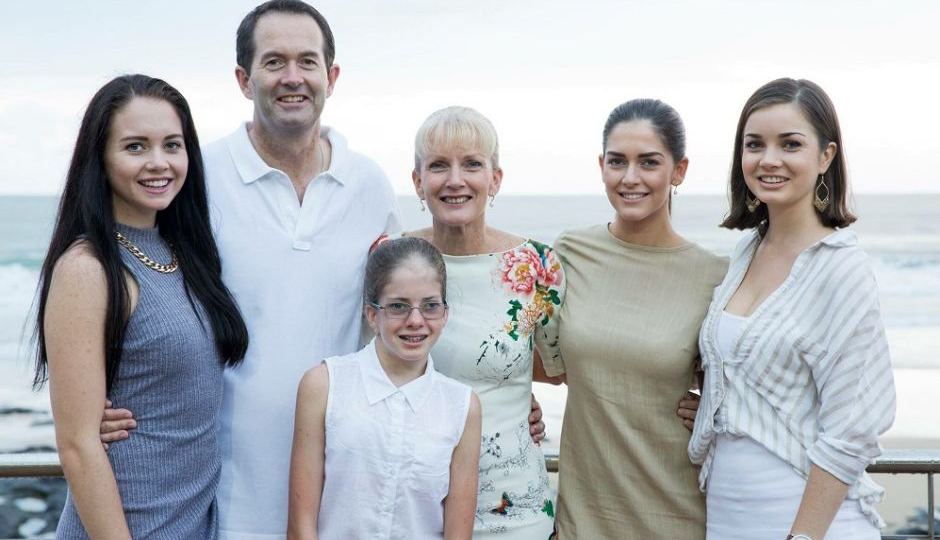 Andrew Wallace was shocked when his daughter told him she was with another woman.

“I couldn’t believe it was happening to us,” he said.

“We go to church every Sunday, it was certainly a real shock, I couldn’t believe it.”

The Queensland Liberal MP and his wife Leonie are practising Catholics who struggled to support same-sex marriage.

“Leonie and I were both upset. It went against what our traditional beliefs were and what we had been raised to believe in the Catholic Church,” he told AM.

“But we understood this was a time not for ostracising her, but a time to throw our arms around her and shower her with love and give her all the support she needed.”

Caroline is now 22, but at the age of 10 she was diagnosed with anorexia and bulimia.

She struggled with the disorders for a number of years and doctors warned Mr Wallace and his wife Leonie that she may not survive.

“I don’t think her mental health issues were caused by her same-sex attraction, but I certainly think that internal struggle she was suffering through couldn’t have helped her,” he said.

Mr Wallace will share his daughter’s story in Parliament today, as the same-sex marriage debate continues in the House of Representatives.

“And that to me really was a bit of an epiphany. And I think she’s probably right.”

Mr Wallace said aside from his daughter, his legal background also helped him form a new view on same-sex marriage.

Mrs Wallace is in Canberra to watch the speech.

“I don’t understand parents who turn their backs on their kids because they have a different way of living to what the parents expect,” she said.

She added she now has a different perspective on same-sex marriage.

“She’s my child and I will love her no matter what,” Mrs Wallace said.

Mr Wallace will vote for the same-sex marriage bill, but he will be pushing for amendments.

He is concerned there are not enough protections for civil celebrations, religious charities and schools.

The House of Representatives has extended sitting hours in an attempt to allow more than 80 MPs to talk on the issue.