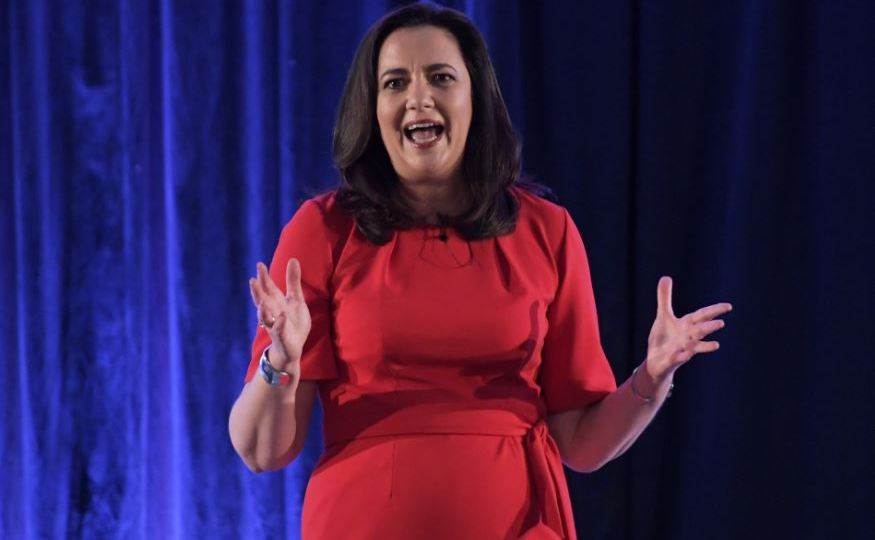 Queensland Premier Annastacia Palaszczuk added some star power to her corner in the fight for the state election, with world champion boxer Jeff Horn taking off the gloves to add some muscle to the Labor leader’s official campaign launch.

Not to be outdone at his own Liberal National Party’s campaign launch, Opposition Leader Tim Nicholls also threw some punches – but they were

directed at his own party when he lamented “mistakes” under former premier Campbell Newman.

Horn said the premier believed in him when he took on Manny Pacquiao for the WBO welterweight title fight in July – and he returned the favour by saying  she had what it takes to win her title fight.

“She backs my title defence and I back hers,” he told a cheering crowd at the Gold Coast Convention Centre.

Ms Palaszczuk will be looking to deliver a knockout blow in the final round of the campaign, which culminates on November 25 when Queenslanders will select their next government.

She warned against against a LNP/One Nation government, saying “now is not the time to lurch backwards.”

“Our best days are ahead of us and Labor has the plans to deliver,” she said. “Labor builds because it’s in our nature, it’s in our DNA.”

By contrast, Mr Nicholls began by apologising for his own party’s last turn on the government benches.

“I have said it and I mean it: we made mistakes in the past that a future LNP government would never make again,” he said, standing before his family, party faithful, Prime Minister Malcolm Turnbull and federal members George Brandis and Peter Dutton.

Mr Nicholls repeated pledges to cut payroll tax for small businesses across the state, plus promising the re-introduction of the Royalties for Regions program, a $20 million package for mature-age jobseekers and a strategy to cut power prices.

Former premier Newman later told Sky News that he wasn’t distressed or embarrassed by his former treasurer and protege’s criticism of his single term in office.

“One of the things that Tim needs to do this campaign is differentiate himself from my government and that’s fair and reasonable, he’s his own man,” Mr Newman told Sky News.

“He will, if he becomes the premier, have his own style of leadership, and everyone will respect that, but fundamentally Tim Nicholls has the goods.

“He was a very effective treasurer, he knows what the state needs.”

As treasurer, Mr Nicholls slashed thousands of public sector jobs and proposed to sell off state assets, unpopular decisions that led to the party’s dramatic dump from parliament in 2015.

Protesters took the opportunity to confront the opposition leader and Mr Turnbull over the controversial Adani coal mine as they exited the campaign launch.