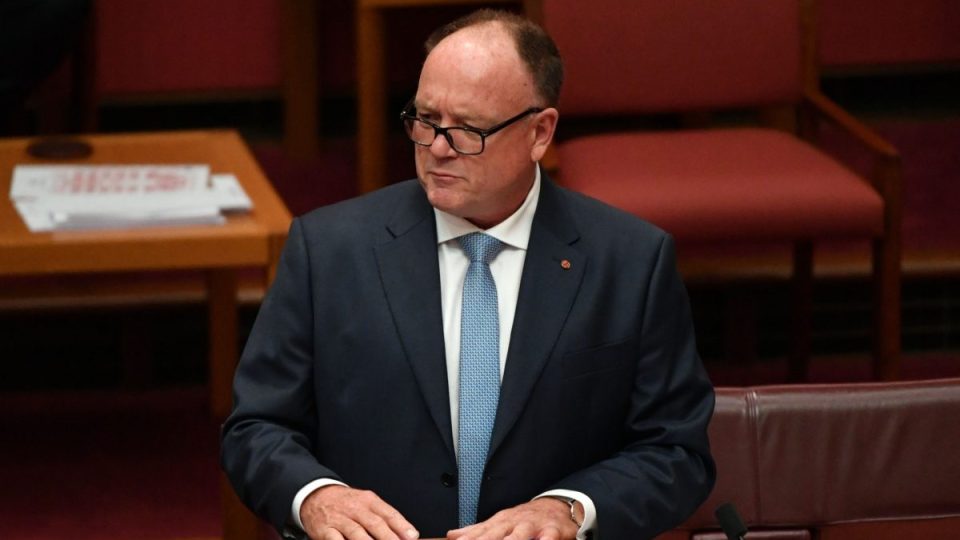 The United Australia Party has won the final Victorian Senate seat, effectively solidifying the make-up of the new-look upper house.

Labor has also picked up a third seat in Western Australia, taking its numbers to 26, and requiring only one minor party or independent vote on top of the Greens’ 12 votes to pass legislation in the upper house, with 39 votes needed.

On Monday, Ralph Babet was confirmed the winner of the sixth Senate spot in Victoria. He took it from Liberal Greg Mirabella, who was sworn into the Senate only in February after filling a casual vacancy left by former president Scott Ryan.

Mr Palmer spent upwards of $100 million on his national election campaign, dominating the airwaves and installing bright yellow-themed billboards around the country.

“As a former business owner, Ralph understands at the grass-roots level what is required for economic prosperity in this country,” he said.

“He will take the fight to the mainstream parties to deliver a better economic future for all Australian families.

“The United Australia Party in the Senate will always ensure that the major parties do not forget about the hardships faced by Australian families.”

Mr Palmer also revealed that former NSW MP Craig Kelly has been appointed UAP’s national director. Mr Kelly, a one-time Liberal MP who defected to UAP, lost his seat at the May 21 election.

Mr Babet, also known as Deej Babet, worked as a Melbourne real estate agent before taking a tilt at the upper house.

He ran on an anti-big government platform, criticising Victoria’s lockdowns and attacking the media for being alarmist on his social media page.

He also shared posts purporting international organisations like the World Economic Forum and “global elites” were cracking down on free speech and had “toyed with ideas of global surveillance on a level not even conceived by Orwell”.

“Bend the knee, peasants!” Mr Babet wrote on his Facebook page alongside the WEF logo and a full readout of the article.

In another post, Mr Babet wrote: “I would like to congratulate the new prime minister of Australia on an excellent campaign. Well done (WEF chairman) Klauss Schwab.”

Mr Mirabella said he was deeply disappointed he didn’t have the opportunity to prosecute issues such as self-reliance, energy, manufacturing and security, which he raised in his maiden speeech.

“The outcome of the federal campaign poses many questions for the Liberal Party,” he said in a statement on Monday.

“As an organisation we must frankly and honestly reflect on how we can promote our values to a broad nationwide constituency.”

Victoria’s other Senate spots when to the Liberals’ Sarah Henderson, the Nationals’ Bridget McKenzie, Labor’s Linda White and Jana Stewart, and the Greens’ Lidia Thorpe.

The Australian Electoral Commission has also declared the NSW senators, with the Greens taking a seat from Labor.

But Labor made up a seat in WA at the expense of the Liberals, with former Afghan refugee Fatima Payman elected to the Senate.

The Liberals’ Marise Payne and Jim Molan, and Labor’s Deb O’Neill and Jenny McAllister were re-elected in NSW, while the Nationals’ Ross Cadell was elected on a joint Coalition ticket, and the Greens’ David Shoebridge was promoted from NSW parliament.

In WA, the Liberals’ Michaelia Cash and Dean Smith, Labor’s Sue Lines and Glenn Sterle and the Greens’ Dorinda Cox were all re-elected.

The Australian Electoral Commission also declared nine House of Representative seats on Monday, leaving only 22 of the 151 federal electorates to be formalised.