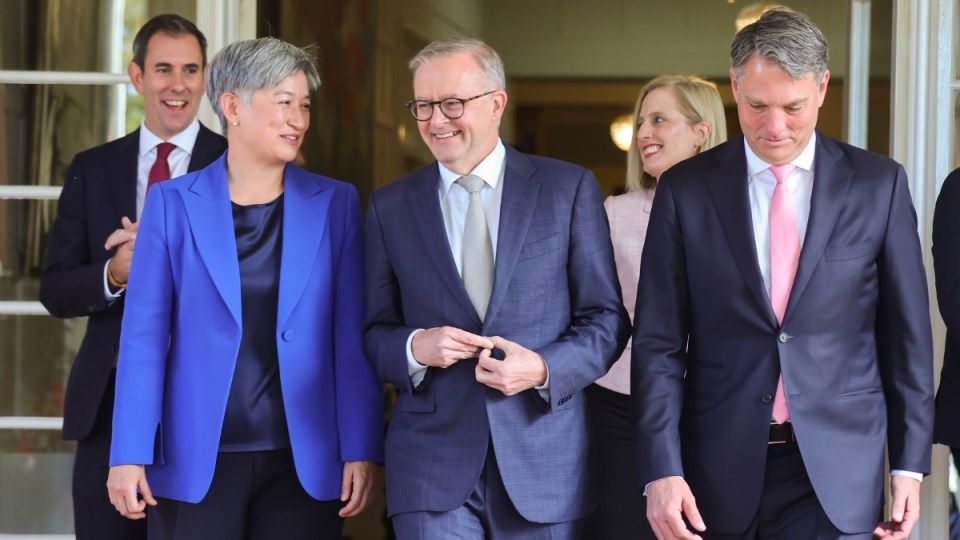 Labor is close to securing the parliamentary seats it needs for majority government but some contests from the weekend election are still too close to call.

Official figures show Labor holding a majority 76 seats in the 151-seat House of Representatives, which is expected to sit for the first time in late June or early July.

The Liberal-Nationals Coalition has 59 seats, according to the Australian Electoral Commission’s latest data.

In the closest contest, the Victorian seat of Deakin, former minister Michael Sukkar is ahead of Labor’s Matt Gregg by 74 votes.

Labor MP for the Tasmanian seat of Lyons, Brian Mitchell, is 719 votes ahead of Liberal challenger Susie Bower.

In the Victorian seat of Macnamara, the ABC is projecting Labor’s Josh Burns on 54.5 per cent, ahead of the Greens’ Steph Hodgins-May.

The ABC is projecting Labor’s Madonna Jarrett on 55.2 per cent ahead of Liberal MP Trevor Evans in his seat of Brisbane, after she went ahead of the Greens on primary votes on Tuesday afternoon.

A two-party preferred count in the NSW seat of Richmond posted on Tuesday afternoon showed Labor’s Justine Elliot comfortably holding her seat on 58 per cent of the vote.

The crossbench could have as many as eight extra MPs when counting is completed, following the success of the “teal independents”.

The Senate result remains undetermined, but the Coalition is on track to hold 30 seats and Labor 25 in the 76-seat chamber from July 1.

Labor will need 14 extra votes in the upper house to pass legislation, relying on the Greens for support.

But billionaire Clive Palmer is not expected to win a seat, despite spending an estimated $100 million on his United Australia Party campaign.

As the election post-mortem continued, Liberal senator Andrew Bragg said the way in which his party had tried to “import US-style culture wars” had turned off voters.

“There was a view that we didn’t have enough economic policies that were ambitious, and we also at times looked as if we weren’t being focused on fairness, kindness, support for minorities,” he told ABC radio on Tuesday.

While he awaits the final result, Prime Minister Anthony Albanese has secured the backing of crossbenchers Rebekha Sharkie, Bob Katter, Zali Steggall, Andrew Wilkie and Helen Haines in case of a no-confidence motion being moved in parliament.

Mr Albanese was in Tokyo on Tuesday holding talks with US President Joe Biden, Japanese Prime Minister Fumio Kishida and Indian Prime Minister Narendra Modi under the banner of the Quadrilateral Security Dialogue.

He will head home on Wednesday.

The Labor caucus will meet on May 31 and a new ministry will be sworn in on June 1, with NSW senator Jenny McAllister expected to be a new cabinet entrant.

But there could be several contenders for the deputy role, with Sussan Ley reportedly firming as favourite. Other possibles include Alan Tudge and Angus Taylor.

The Nine newspapers reported on Tuesday that former home affairs minister Karen Andrews had ruled out a tilt.

The Nationals leadership will also be spilled at a party room meeting, likely next week, but Barnaby Joyce is widely expected to retain the top job.

‘More relevant than ever’: Why The Wiggles make cover of iconic pop culture magazine Rolling Stone
‘Give it up, mate’: Backlash for McGowan after Dutton criticism
Today's Stories