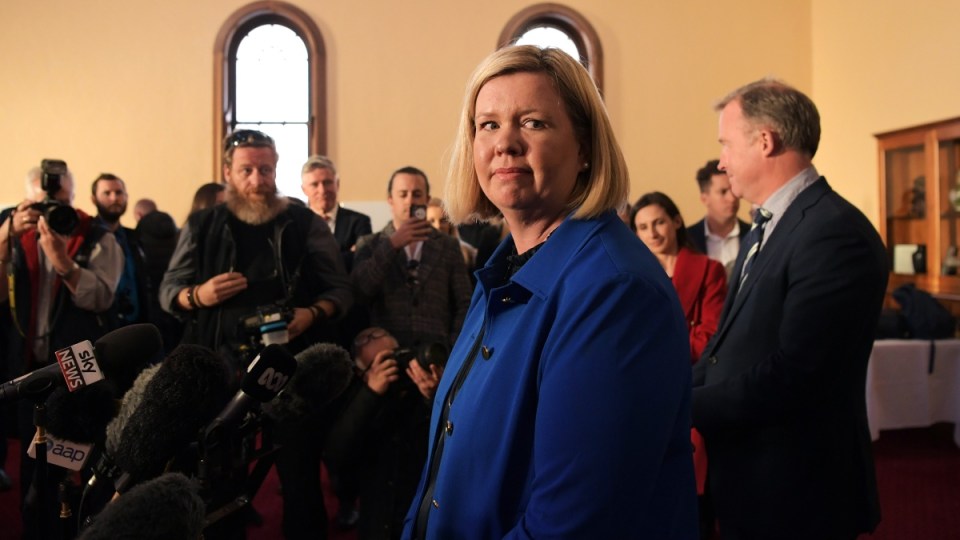 Tasmanian Liberal Bridget Archer might put her hand up as deputy leader to keep the party from moving further to the right, amid talk Peter Dutton may run for leader.

Ms Archer, who appears to have retained her ultra marginal seat of Bass at the federal election, said she backed traditional “Liberal values”.

Asked if she would consider running for the deputy leader spot, Ms Archer said “I feel like that would be fairly presumptuous”.

Asked again, given the risk that the party could move further to the right, she said “potentially”.

“I’ve seen some early commentary around some idea that the party should move further to the right and I will certainly resist all efforts for that to occur,” she told ABC radio on Monday.

“We need to bring the party back to the centre.”

Ms Archer is the only one of the group of moderate Liberals who crossed the floor to stop the passing of religious discrimination legislation they feared would have allowed discrimination against transgender students to remain in Parliament after Saturday’s election.

She defied a national swing to hold her marginal Tasmanian seat.

“It was the so-called, self-styled ‘modern Liberals’ that the electorate dealt with relatively harshly,” he told ABC Hobart radio.

“There’s no doubt that Peter Dutton has the strength and leadership skills to be a very effective opposition leader … I know what the media will say, he’s unelectable etc.”

In relation to the deputy leader position, Senator Abetz said it was too early for Ms Archer to be considered.

Ms Archer said she would “wait until the dust settles” from the election when it came to backing Mr Dutton.

“Any member of the party room is eligible to put their name forward … but my sense is there is a consensus forming that Peter Dutton is the right choice for these times,” he told Sky News.

“The key thing for the Liberal-Nationals parties is to represent aspiration,” he told Nine Network on Monday.

“We have always been a sensible centre-right party and that is where we should stay.

“Peter Dutton would make an excellent leader in terms of bringing everyone together.”

“Everything is on the table … to ensure that we can properly represent every single part of Australia,” he said.

He pointed to the Sydney electorate of Fowler, where the “accomplished” Labor home affairs spokeswoman Kristina Keneally lost her tilt at the safe seat to an independent, local professional woman Dai Le.

“These are all of the issues we will have to unpack,” he said.

Ex-prime minister Scott Morrison will formally step down from the Liberal leadership when the top job is spilled at the next party room meeting.

Mr Dutton is widely expected to become the opposition leader although other names have been floated, including ex-home affairs minister and Queenslander Karen Andrews and former trade minister and Victorian Dan Tehan.

Former environment minister Sussan Ley has been tipped for the deputy position.

On Sunday, senior Liberal frontbencher Simon Birmingham said the party would need to embrace a more ambitious climate target and preselect more women in its efforts to rebuild from its losses.

Whoever took the leadership role would need to have a clear view of the task ahead, including preselecting more women, he said.