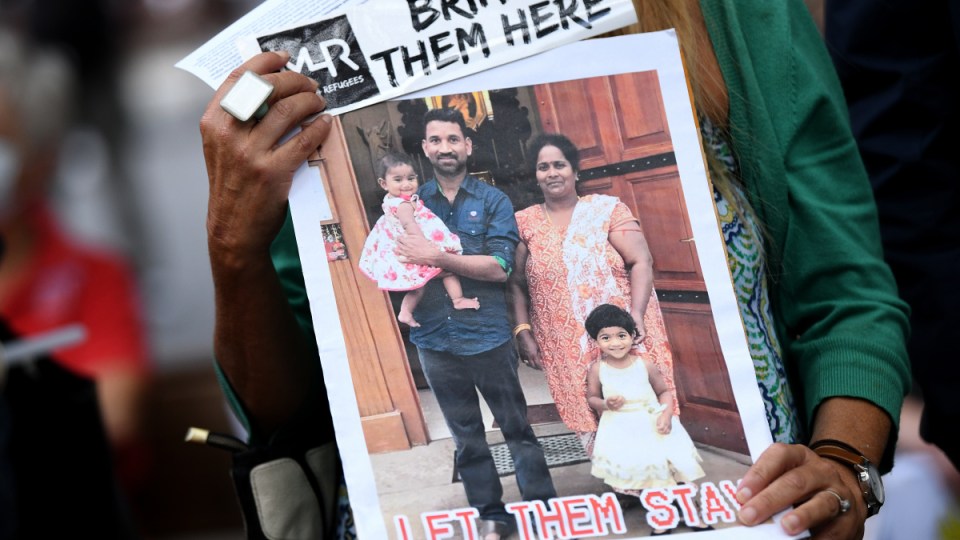 The Tamil family fighting for years to return to the Queensland town of Biloela are confident they will be allowed to go home under the new Labor government.

Labor promised during the election campaign the Murugappan family – Priya, Nades and their two girls Kopika and Tharnicaa – would be able to return to their beloved town if the party won.

Family friend and longtime campaigner Angela Fredericks says she called them on Saturday evening to tell them the news of Anthony Albanese’s victory.

“Many happy tears were shed,” she said.

“We now believe that this long, painful saga can finally come to an end. This family has been away from their home for more than four years. They never should have been taken from the town that loved and needed them.

“As they make the long journey to Biloela to resume their lives here, they also commence a journey of recovery and healing.”

The family, who escaped Sri Lanka by boat from a protracted ethnic conflict targeting the minority Tamils, were given temporary protection visas but uprooted from Biloela by authorities in March 2018 and placed in a Melbourne detention centre.

They were then detained on Christmas Island in August 2019 and placed in community detention in Perth after youngest daughter Tharnicaa’s medical evacuation in June 2021 with a blood infection.

Priya, Nades and Kopi have been granted bridging visas allowing them to remain in the country but Tharnicaa is yet to be given one.

That ensured the family remained in detention in Perth, with their 12-month visas set to expire in September.

Ms Fredericks said the family’s strength has always been at the heart of the Biloela-led campaign to return them to the town.

“Hundreds of thousands of Australians have opened their hearts to this family. We know Priya is incredibly grateful to every single one of them,” she said.

“It is time to bring Priya, Nades, Kopi and Tharni home to Bilo.”

Family friend and Biloela local Bronwyn Dendle said campaigners were waiting for a new immigration minister to be sworn in, so they could start working out the logistics of getting the family back.

“Today we’re very much just breathing again and feeling relieved that our little family is going to come home,” she said.

The family has garnered support across the political spectrum especially from independent candidates including Monique Ryan, Jane Caro and Kylea Tink.

‘It means so much’: Celebrities share their abortion stories after Roe v Wade
Analyst: Sharemarket will be anxious about a Labor pact with Greens
Today's Stories