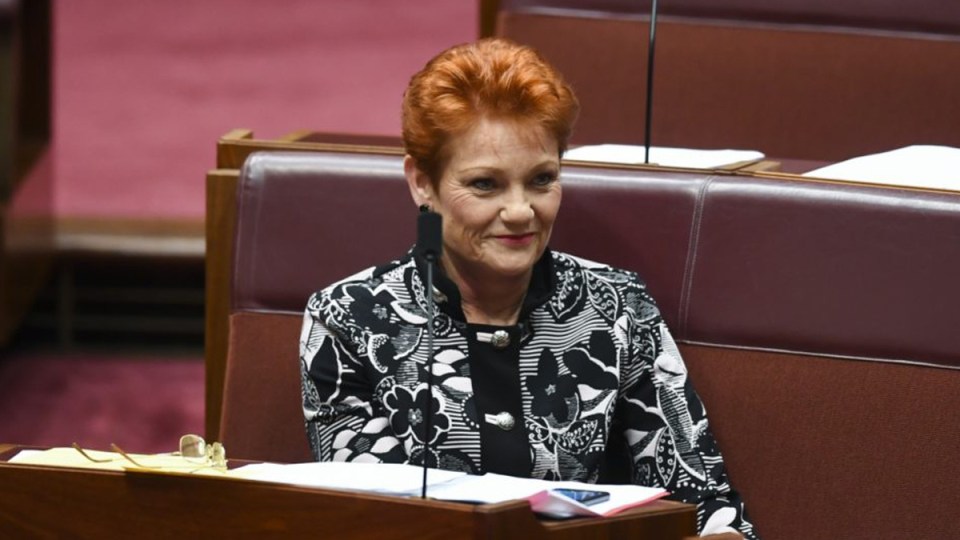 Pauline Hanson, who says she is unvaccinated, has confirmed she has COVID - just two days before the voting day.

One Nation leader Pauline Hanson has confirmed she has COVID, sending her into isolation for the last days of the election campaign.

“I travelled to five states around Australia but I go to the most locked down state, Western Australia, and I get it.”

She repeated her confirmation in a social media announcement shortly after, declaring “I will survive – to some people’s disgust”.

“I thank all of those people who have sent their well wishes, and I look forward to disappointing all of those who hope that I drop dead,” Senator Hanson wrote.

The diagnosis means the One Nation leader will not be able to campaign in the final hours of the federal election campaign, and will also be banned from the hustings on Saturday.

Senator Hanson has been a vocal opponent of COVID vaccinations and mandates, railing late last year against “bureaucrats, politicians, the United Nations or the World Health Organisation” who were “pushing their own agenda”.

“I’ll tell you honestly: I haven’t had the jab, I don’t intend to have the jab, I’m not putting that s— in my body,” she told an event in Queensland in December.

Questioned by Sandilands about her vaccination status on Thursday, she said:

“I’ve told you before I’m not getting vaccinated. I haven’t been to hospital. I’m still kicking. I’m alive.”

Senator Hanson said she thought she contracted the virus last Saturday. She said she was disappointed to no longer be able to campaign ahead of voting on May 21.

Supermarket shortages could worsen as farmers brace for downpours
‘Should have been a penalty’: Boy crash-tackled by PM gives his verdict
Today's Stories