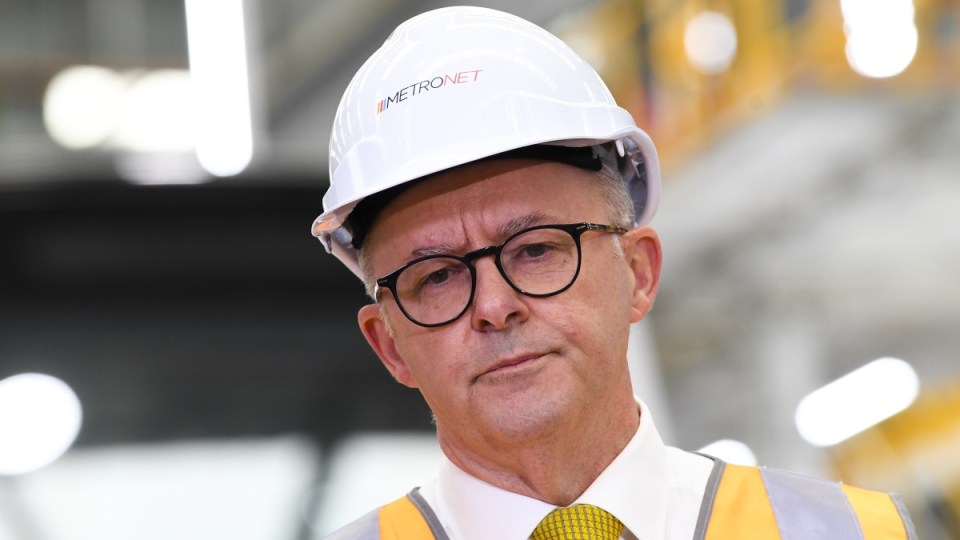 Anthony Albanese has joined in the criticism of energy operators after this week's blackout threats. Photo: AAP
analysis

Polling has him charting a precarious path to potential victory, but four days from the election Anthony Albanese had more pressing concerns.

The Labor leader was campaigning on key turf in Western Australia on Tuesday when a running fight with the travelling press boiled over and threatened to overshadow his campaign.

Labor is facing scrutiny over the impact of its policies on the budget.

The government released costings of its policies on Tuesday and has called on the Opposition to do the same.

But Mr Albanese says the party will provide the estimates on Thursday a date from which he had been refusing to budge in the face of increasingly strident criticism from reporters.

Reports of Labor ducking questions on costings, combined with attacks from the government are feeding a perception that the Opposition has something to hide.

Which it almost certainly does: Likely billions in extra debt and deficit for the budget bottom line.

Such claims cannot be verified directly because Mr Albanese has declined to answer questions from several campaign reporters working with a rare unity of purpose.

But Labor’s Shadow Treasurer, Jim Chalmers, seemed to confirm a lower total figure when he dismissed differences in the size of deficits of a “couple of billion dollars a year” as a secondary concern to the quality of government spending.

Mr Albanese says his plans accord with an established costings timetable used by the Coalition.

“It is the way that it has always been done,” he said.

“We have until Saturday but we will be releasing our costings announcement on Thursday”.

But that response drew heckles from journalists who accused him of not answering questions, sparking tensions that culminated in a bizarre scene.

Reporters chased after the Opposition Leader and surrounded him as they peppered him with questions and reprimands.

“We are following you for answers,” one said.

Ultimately both Mr Albanese and his critics in the media have a point.

The ethics of pre-election disclosure have long been obscured by hypocritical fights over costings that have become a routine part of election campaigns.

John Howard brought in a budget honesty charter intended to force transparency on the opposition but the Coalition itself soon breached its pledge. And it was only recently that it fell short of the disclosure standards it advocates today.

While in opposition in 2010 and 2013 and from government during the 2019 election, the Coalition released costings days before the election as Labor intends to now. It faced no significant criticism.

Comparatively little was said even after the Coalition recruited an accounting firm to bypass checks by Treasury while incorrectly describing its plans as having had been audited.

It strikes not just Labor as passing strange that by conforming to a previously accepted convention Mr Albanese is facing an unusually hostile press pack.

But journalists’ retorts to Mr Albanese’s explanation are not without merit.

Invoking Mr Abbott as a yardstick does not provide a persuasive argument against releasing information about policy.

Complicating matters further is that previous Labor leader Bill Shorten set a new standard by releasing a full set of policy costings for his ambitious agenda a full week before the election.

But any political hardhead might reply: Remember what happened to him?