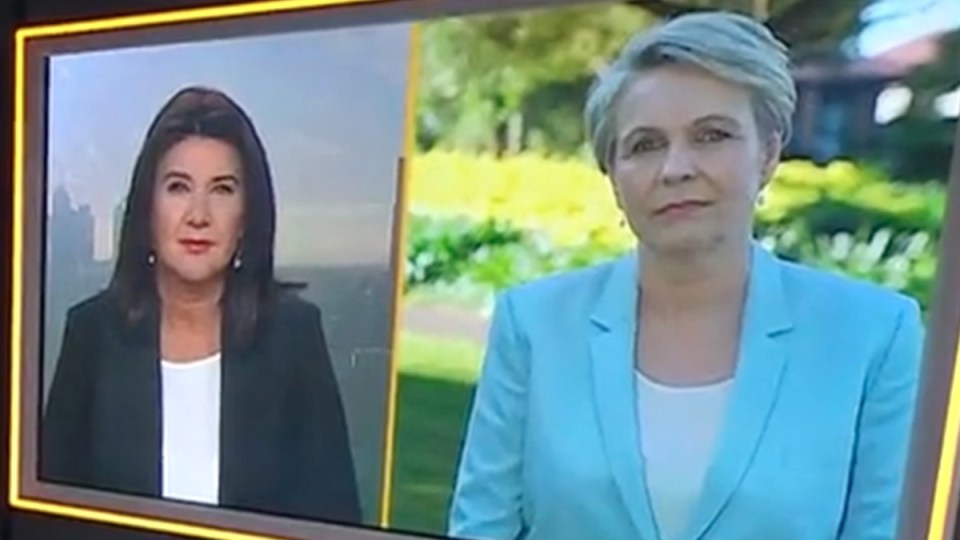 Labor's Tanya Plibersek has been involved in another TV clash, this time with the Coalition's Jane Hume.

The pair were on Nine’s Today, discussing the likelihood of women swaying the overall vote on Saturday when a debate over childcare costs became decidedly more personal.

On Tuesday’s show, host Ally Langdon brought up allegations of bullying, which were raised by Senator Kitching before her death in March. The Victorian senator, who died of a suspected heart attack aged 52, had reportedly made claims of bullying by senior Labor women.

Labor maintains that, without a formal complaint, it cannot conduct an inquiry into the allegations.

“Tanya, I think you lose points in this refusal to investigate the bullying of Kimberley Kitching especially after going hard on Brittany Higgins’ alleged assault,” Langdon said.

Ms Plibersek said that any formal complaint about bullying and harassment would be “thoroughly, independently investigated” – prompting an interjection from Senator Hume.

Senator Hume, who is the Minister for Women’s Security, said Ms Kitching had reported it to Deputy Labor leader Richard Marles directly, alleging bullying by “mean girls… Penny Wong, Katy Gallagher and Kristina Keneally, and it wasn’t responded to”.

Ms Plibersek repeated her view that a formal complaint was needed for an independent investigation, leading to another interruption from Senator Hume.

“I don’t think you should be saying things like that,” she said.

“That’s in very poor taste. We are grieving a colleague.”

The senator also backed Prime Minister Scott Morrison’s approach to women, calling him “a combination of affable and engaged and empathetic”.

But Ms Plibersek argued back, saying “this government’s achievement for women is we’ve actually gone backwards”.

It was Ms Plibersek’s second heated head-to-head on morning TV this week. On Monday, she endured a verbal brawl with Deputy Prime Minister Barnaby Joyce on the Seven Network over the major parties’ housing policies.

Also on Today on Tuesday, Senator Hume and Ms Plibersek argued after the senator said childcare was “cheaper and more accessible” under the Coalition.

“I think if Jane really thinks that childcare is cheaper today than it was almost a decade ago, she’s dreaming,” Ms Plibersek, who is Labor’s education spokesperson, said.

“The statistics just don’t bear that out.”

That led to a dispute over costings, with Senator Hume saying Labor was yet to say what its policy would cost.

The Coalition released its election campaign costings on Tuesday, claiming it will achieve a $1 billion improvement to the federal budget bottom line over four years, compared to the March budget.

That will be achieved by lifting the efficiency dividend applied to government departments and agencies by 0.5 percentage points to 2 per cent – meaning a $2.7 billion cut to the public service.

Senior government figures have also taken aim at Labor for not yet releasing its costings. On Tuesday, shadow treasurer Jim Chalmers confirmed that would come on Thursday, which he said was consistent with the practice established by the Coalition and after working closely with the independent Parliamentary Budget Office.

“What you’ll see on Thursday is a tallying of the commitments that we’ve made.”

Also on Tuesday, Ms Plibersek admitted the federal election could still go either way, despite polls consistently putting Labor ahead.

“The last election taught us you can’t trust the polls,” she said.

Speak to the dead: Amazon Alexa to use the voice of your lost loved ones
‘Respect and expect’: Coalition to cut public service funding
Today's Stories