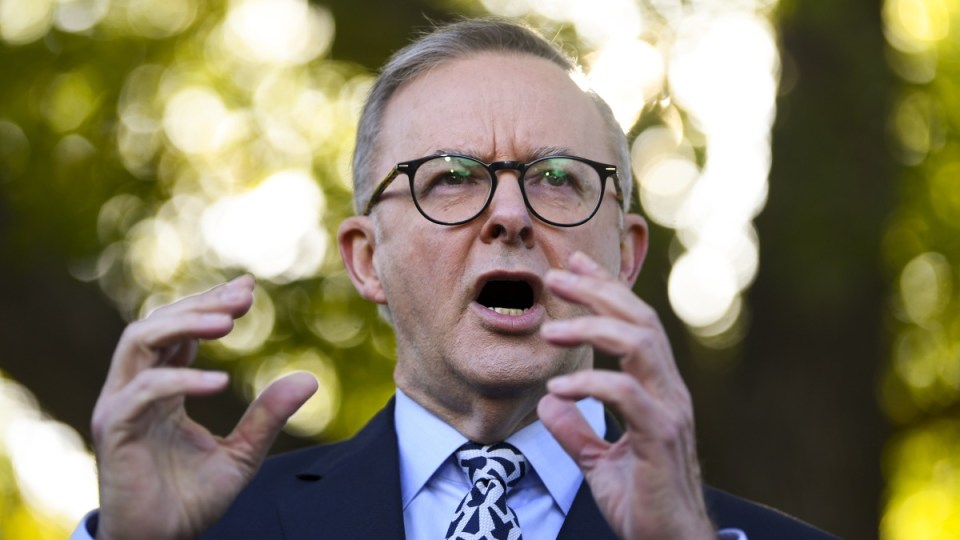 Labor leader Anthony Albanese says he welcomes the chance to fight an election campaign on housing policy as he labels a government plan to allow people to access their superannuation an “attack on future generations”.

The government’s plan, announced at its campaign launch on Sunday, would allow people to access up to 40 per cent of their superannuation, to a maximum of $50,000, to help with house deposits.

The idea has been advocated in certain corners of the Liberal party room and sets up a clash with the opposition on housing policy in the final days of the election campaign.

On Monday, Superannuation Minister Jane Hume conceded the policy would raise house prices, at least temporarily. Labor campaign spokesman Jason Clare said it would be like “throwing kerosene on a bonfire”, claiming the cost of a home in Sydney could rise as much as $134,000.

Campaigning in Queensland, Prime Minister Scott Morrison said the scheme would would work in combination with separate announcements to increase housing supply, and denied it would push up prices. But he dodged questions on whether any modelling had been done.

“I simply don’t agree with the assertion that this would have a negative impact,” he said.

“You have to look at the balance of policies that this is addressing.

On the other side of the country in Perth, Mr Albanese said he welcomed “a contest of ideas”, but lashed the proposal.

“The government in desperation has come up with a thought bubble yesterday that according to itself has not been modelled,” he said.

He called the scheme an “attack on future generations” and sought to tie it to its earlier stances on cost of living issues earlier in the campaign.

“At the same time that they’re saying they support real wage cuts, saying that they want to cut people’s super,” he said.

“If you gut people’s super savings that means down the track, more people dependent upon the pension, more pressure on budgets in the future.

“That’s what this debate is about.”

Mr Morrison said anyone who opposed his housing plan did not consider superannuation as people’s own money.

“It’s (Australians’) money. We’re not going to tell them what to do with it, they’ll make their own decisions,” he said.

The Liberal housing policy will require home owners to return the initial super amount withdrawn plus an equivalent proportion of the capital gain or loss when they eventually sell the house.

But Mr Morrison has avoided answering questions about what would happen if the housing market crashed and people needed to sell at a loss, losing their super investment simultaneously.

Mr Albanese said even senior Liberals had opposed the proposed superannuation policy in the past.

Labor’s housing alternative involves a “help to buy” scheme where 10,000 low-income earners would be eligible for a government equity contribution to help enter the housing market.

The Australian Institute of Superannuation Trustees said the Coalition’s plan would drive up house prices and undermine the core purpose of the super system.

“Superannuation … is not a piggy bank the government can open at its convenience to avoid dealing with the real systemic issues facing first home buyers.”